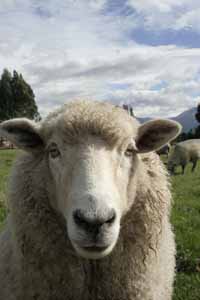 Sheep farmers in New Zealand could make improvements in their carbon footprint by incorporating greenhouse gas emission traits into their genetic selection tools.

Research by Cameron Ludemann of AbacusBio, based in Dunedin, showed by increasing the economic weighting of traits that would reduce greenhouse gas emissions in lambs, an improvement of around 0.8% per year could be achieved.

But a compromise system where the economic weight given to emission-friendly traits was reduced could still retain nearly 80% of the genetic improvement, while giving 99.8% of the farm profitability of the index, which is anticipated to be adopted as the national genetic improvement index in New Zealand.