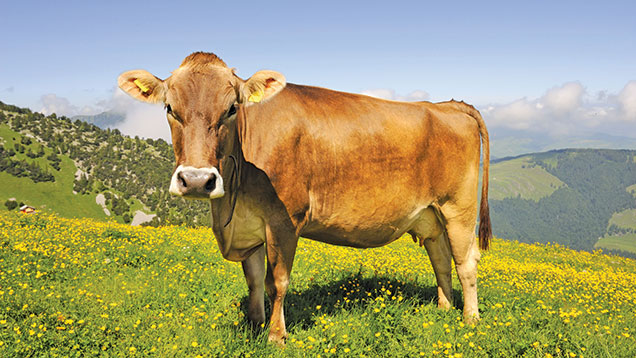 The end of EU quotas this year could trigger significant expansion in the dairy sector, and affect UK producers. Farmers Weekly takes a look at the main dairy producing countries.

April will be a significant month for Europe’s dairy industry as dairy quotas come to an end, after constraining production for more than 30 years.

Having been part of CAP since 1984, the abolition of quotas marks the end of market restrictions and greater competition.

For many countries in the EU, the end also marks a period of potential expansion as they look to develop their milk production to take advantage of growing global demand for dairy products.

Many have already started restructuring their industries leading the European Commission to predict increases of almost 2% post-quota.

According to analysts, the rise in dairy exports to developing nations – particularly in Asia and Africa – points to the reason why EU dairy industries are looking to expand.

A report by the French Institute of National Research (Inra), says dairy exports to developing countries doubled to €13bn (£10.3bn) from 2000 to 2005.

Of this increase, 26% came from the Netherlands, 19% from France, 13% from Germany and 6% from both Belgium and Poland. Ireland contributed 2% to that figure.

According to Inra, future developments in Europe will depend on the strategies processing companies adopt through the contracts they offer producers.

And without the same contractual requirements or strategies across the EU, that growth could vary significantly from country to country.

In a report analyst Ernst & Young wrote for the European Commission last September, Germany’s dairy industry is expected to gain the most in 2015.

As the EU’s largest dairy-producing country it accounts for 21% of the bloc’s total annual production of more than 150m tonnes of dairy products.

France follows with 18%, the UK produces 10% and the Netherlands produces 8%. Ireland ranks eighth with 4% of Europe’s production.

“If the Europeans are expecting expansion there will be blood on the carpet this time next year.” John Allen, Kite Consulting

According to Ernst & Young, Germany’s anticipated growth is due to its strong export links and predicted growth in every dairy category.

But John Allen of Kite Consulting says that any expectations for significant growth immediately post-quota are likely to be wide of the mark, particularly given the milk price situation.

“If the Europeans are expecting expansion there will be blood on the carpet this time next year,” he says. “If they take the view they can remain bullish that means the headache will last longer.”

Mr Allen says milk prices are expected to go down over Europe, probably to about 30c/litre (24p/litre), and there will be few farmers in Europe who will be able to produce milk below that – even with lower feed costs.

As well as putting the brakes on expansion, the low price could also lead to extensive restructuring, he adds.

“The Dutch and Danish industries have a lot of debt and many won’t be able to sustain those low prices. If prices stay at 30c it will probably stop a lot of expansion and some people will quit.”

Having been under quota for several years, the UK industry has already been forced to go through a restructuring process, meaning it could be in a stronger situation compared with others in Europe.

“In the UK farmers expanded until they realised they couldn’t survive, then the industry contracted,” Mr Allen says. “Our industry has only grown in the past couple of years because of efficiencies gained through the tough times.”

Nick Holt Martyn of the Dairy Group says strengthening of the UK industry has to come through making even more efficiencies – particularly in the face of low prices for the foreseeable future.

“At the moment, supply is still increasing which can only mean prices will go lower or remain low,” he says.

“As individuals UK farmers can’t do much about that outside the farm gate.

“But if they know their milk price will be 25-28p/litre they can take steps to try to make a profit – it’s no good waiting, they need to start thinking about things now.

“There are all manner of things you can do, but it has to be on your own farm.”

Cow numbers have already started to rise in Ireland as the industry prepares to increase its output by at least 50% by 2020.

Catherine Lascurettes, the Irish Farmers’ Association’s National Dairy and Liquid Milk Committee executive secretary, says the country’s dairy herd will rise by about 300,000 head by the end of the decade, while yields will also lift significantly.

“This is a target from our government’s Food Harvest 2020 manifesto, but it is also borne out of a detailed survey undertaken by milk purchasers,” she says.

“Cow numbers have already started to increase to achieve this, with many of the heifers which will be milked in 2015 and 2016 already born and on farms.”

But the increase will not be without its issues, she says. Income volatility means growth will not necessarily be a smooth upward curve, while land availability is also a challenge in Ireland.

“However, a number of tax changes have been made by government to promote land transfer and generational transfer,” she adds.

“Risk management mechanisms are also being explored and developed by industry and various financial institutions to support farmers in their growth plans.

“The growth will happen, and there is a lot of optimism among farmers and the industry, but this will not be without challenges.”

With about 1.5m dairy cattle, Dutch farmers are about 5% over quota, producing just in excess of 12bn kg of milk each year.

Once quota comes to an end, cattle numbers are expected to rise slightly, with production predicted to increase by 1bn-2bn kg of milk.

But how fast that growth will be will depend on the market, says Klaas Johan Osinga of LTO Netherlands – the Dutch Federation of Agriculture and Horticulture.

“In 1983 the Netherlands already produced 13bn kg of milk, but because of EU quotas, we had to reduce production to about 11bn kg during the 1980s,” he says.

“The difference with today’s situation will be that the most efficient farmers may expand more than others.

“Dutch dairy is in a strong position and we want to maintain that. But we will still see the number of farms, now 18,000, fall further.

“This trend has been happening for a long time and with more market orientation after 2015, I think there are farmers who may give up as they experience more price and cost volatility.”

“LTO and the Dutch dairy industry are advocating that growth should not be unlimited.

“Farmers must have land and if they produce too much manure, then they must be able to process the manure.”

Having traditionally consisted of mixed farms with an average of 50 head of cattle, France’s dairy industry has already begun restructuring.

Rising input costs since 2005 put pressure on France’s dairy farms to improve productivity, forcing out some of the less-productive businesses.

“Since 2007, some French regions have gained momentum and regained their highest levels of historical deliveries,” says a report by the French Institute for National Research (Inra).

“In other regions, dairy farming is experiencing considerable competition from crops.

“This has led to a geographical shift towards milk production in more densely populated areas.”

Since milk prices began to increase in late 2013, farm size has also changed, the report adds.

Future milk production will depend on the difference between the price of milk and the cost of food, Inra’s report adds.

“Given the power and consistency of shifts in production since 2006, milk production is expected to fall further in some regions.”