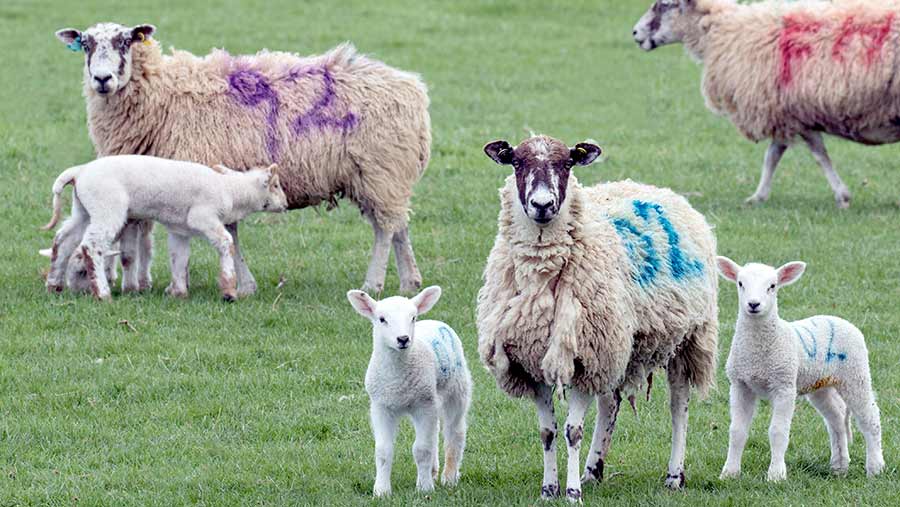 A dog owner stood by and watched as his out-of-control pet husky worried a flock of North of England Mules.

Shocked sheep farmer James McIntosh caught the dog attacking his sheep in a 4ha field at Pophleys Farm, near Radnage, Buckinghamshire, as he drove past in his Land Rover on Friday (4 May).

Mr McIntosh leapt out of his vehicle and ran to the aid of his sheep, who were being chased round in circles by a brown husky dog.

Although he would have been within his rights to shoot the dog, Mr McIntosh was not carrying his shotgun at the time of the incident.

As the unflustered dog owner stood by, Mr McIntosh spent several minutes trying to catch the dog. He eventually cornered the animal after began struggling for breath.

At the entrance to the field, a home-made sign, made out of plywood, states: “Sheep. Please keep your dog on lead.” 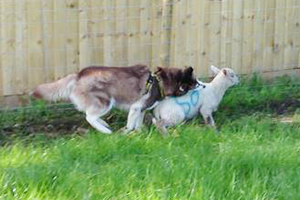 “He was holding the lead. The dog had a harness on it, but the owner did nothing to try to stop it.

“He never said sorry. The last owner whose dog we caught worrying sheep was devastated.”

On this occasion, it appears that none of the 70 ewes and 70 lambs was physically injured. However, one three-week-old lamb is displaying signs of stress.

Mr McIntosh described the dog owner as a respectable man, aged in his 50s.

He said the dog owner made “weak excuses” about the gate, but it couldn’t have been more secure.

He told Mr McIntosh his dog ran ahead of him under a gate and then jumped over a stile. He thought that because there were no sheep in the field last time it would be empty.

Mr McIntosh has reported the incident to police to investigate to see if he is liable for any compensation, or if any action should be taken against the owner.

“Luckily the lambs are all three to four weeks old. But if they had been a couple of weeks old, it could have been really bad,” said Mr McIntosh.

“Despite so many public awareness campaigns on sheep worrying, I think some dog owners are disconnected. They are not involved with the farm. They are so delusional.”