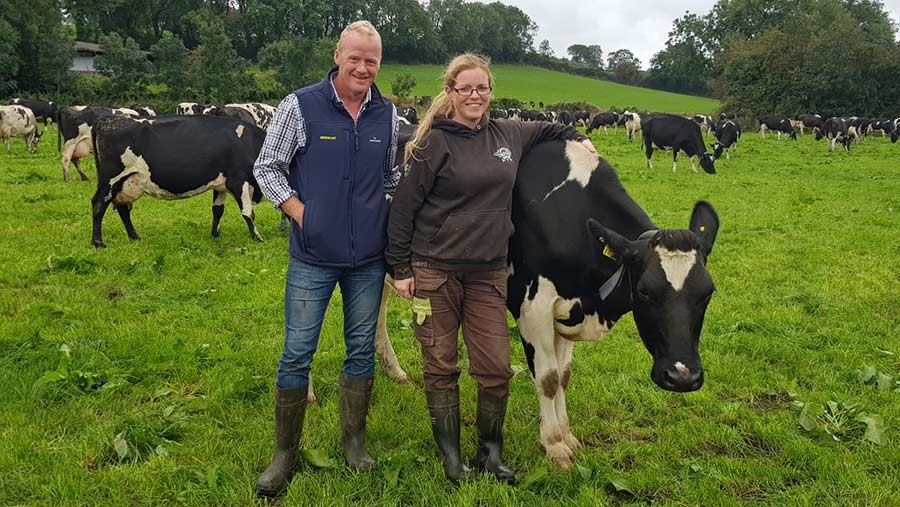 A dairy farmer is demanding a public apology from People for the Ethical Treatment of Animals (Peta) after the animal rights group shared a video of his daughter on its Twitter account without permission.

The video showed Peter Hynes’ daughter Georgie reading a story to dairy calves on the family farm near Cork, Ireland.

Mr Hynes, who farms 180 Holstein-Friesian cows in partnership with his wife, Paula, said their six-year-old daughter has an incredible bond with the calves.

The dairy farmers had initially uploaded the video on their Twitter account in response to calls from Ireland’s minister for health, Simon Harris, who asked people to share ideas about what they are doing at home to pass the time during the coronavirus pandemic.

Mr Hynes posted the video of Georgie reading a story to two dairy calves, along with the message: “Education and agriculture combined because farm kids understand #StayAtHomeStaySafe Keep up the great work #RisingToTheChallenge.”

The tweet has received more than 230 retweets and 2,500 “likes”, and local TV, radio and other media organisations have covered the story.

But Mr Hynes said he was disgusted after Peta used the video without his consent to promote its animal rights activism.

Peta UK posted the video with the comment: “Sadly, most cows on dairy farms are slaughtered when they’re 5 or 6. We hope that these babies will be spared the horrors of the abattoir.”

Mr Hynes told Farmers Weekly: “We are all entitled to our views. I do not enforce my views on anyone else. Likewise, I do not expect them to impose their views on me.

“With GDPR rules changing over the last couple of years, it has really set a boundary. If we put something out on social media, national media organisations always ask us for our consent to use it.

“I have asked Peta UK repeatedly to remove the video, especially as it features a minor. As a charitable organisation in the UK, I think it’s an absolute disgrace they have no intention of removing it.”

Mr Hynes has reported Peta UK’s tweet to Twitter and he has spoken to his solicitor about the next steps to take. He has also sent a written complaint to the Advertising Standards Authority. A number of other farmers have offered their support and also raised their own complaints.

The Hynes family won the Zurich / Farming Independent Farmer of the Year award in 2017. They have a high focus on animal welfare. Their herd of 180 spring calving dairy cows spend a minimum of 300 days a year at grass.

All calves are fed three litres of colostrum at birth and stay with their mothers for 12 hours. All calves are kept in group pens. In 2019 calf mortality rate at six weeks was 1%.

Mr Hynes says the farm is fully audited by the Irish food board, Bord Bia. It has hosted numerous open day public events and farm tours, welcoming visitors from the US, Canada, Australia and France.

In addition, the Hynes have raised more than €53,000 (£47,000) for charity in the past two years and are also huge supporters of mental health awareness.

Mimi Bekhechi, Peta’s director of international programmes, said: “Peta is in full compliance with Twitter’s terms of service, but it’s ironic that a dairy farmer is expressing concern about consent – something he certainly doesn’t have from the cows whose bodies he exploits.

“The milk they produce is for their babies, whom they love just as much as he does his, and we suspect that his little girl would choose to save the calves she’s sitting with, instead of allowing them to be slaughtered, if given the choice.”