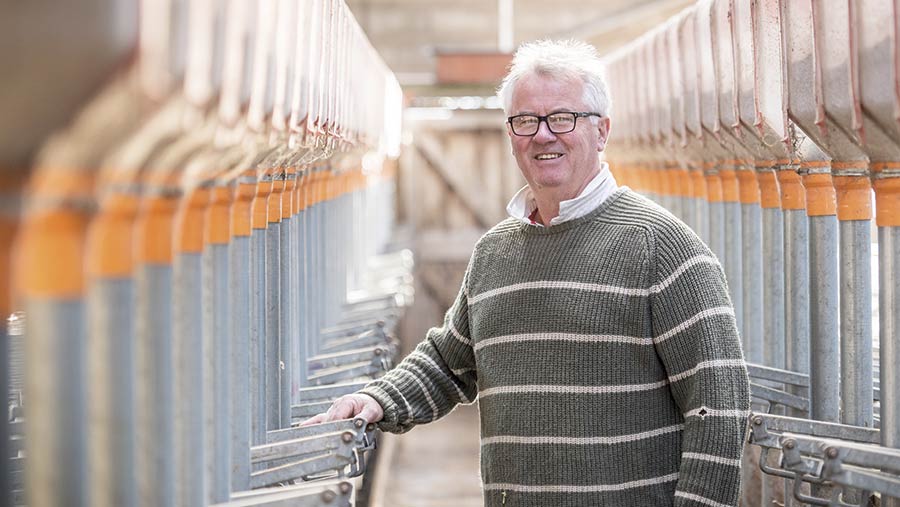 On our way back from the England v Wales game, two of my pig farming mates gave me a bit of stick.

In my February column I said we sold 550 weaners averaging 9.38kg/pig and kept the remaining 650 smaller weaners averaging 7kg to finish ourselves. To a certain extent they were right but we are paid a good premium for the extra weight we are selling and also myself as manager and the company I work for would not dream of selling anything but the best to the people we supply.

Two years ago we invested in state-of-the-art weaner/grower accommodation (3×600 place Finrone Portapig buildings). These three buildings replaced 2,400 pig places which had been in use for more than 40 years.

These buildings have given us improved hygiene/environment/labour saving and performance benefits.

We also installed a fully automated multi-phased feed system. This feed system allows us to blend five different rations to suit individual pens of pigs within each batch.

Each batch has six pens of 100 pigs. The bigger pigs are moved on to a lower spec ration much sooner than the smaller pigs in the batch.

Then, when the pigs are moved out of the building, the smaller pigs should have caught up in size.

Along with the advantages listed we have also been able to remove all in-feed antibiotics which we are very proud of.

In recent years there has been good reinvestment in buildings and equipment by much of the British pig industry, but due to the very unpredictable price volatility, more investment is needed – we are always playing catch up.

I believe now is the time for government/Defra to say we want a strong British pig industry with high welfare/high environmental standards.

l believe they should be giving us some sort of grants/incentives to encourage farmers to push on with replacing the worn out systems that we all still have in place.