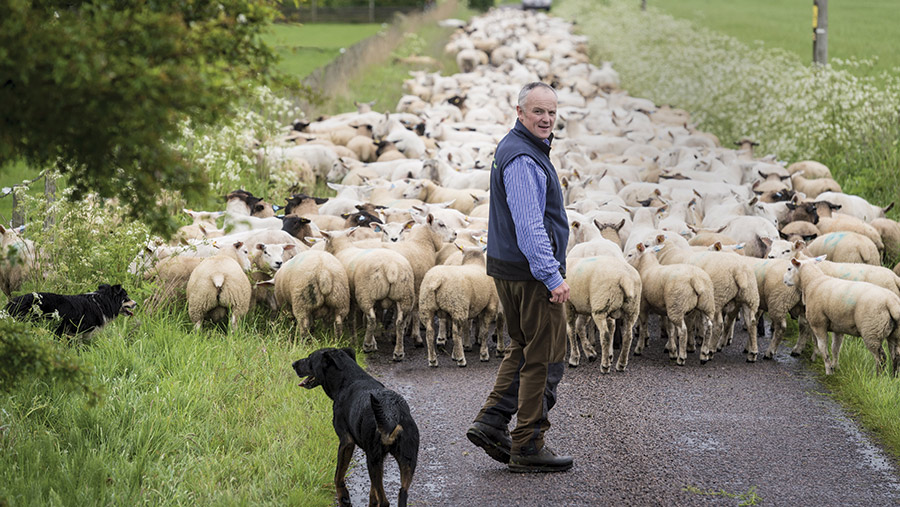 When filming began for the BBC2 series This Farming Life back in September 2014 we didn’t quite know what we had let ourselves in for. It took a bit of getting used to, but before long the two-person team who came to film us just mucked in.

When approached to take part, we had a family discussion around the table and the vote was a positive majority – decisive enough but by no means a landslide.

For those of you who have watched the series, I assume you can tell who the camera shy members of the family are and those who don’t mind blethering away in front of a lens to anyone who will take the time to listen.

Our motives for taking part were fairly straightforward.

As parents, both Fiona and I felt that it would be a good opportunity for the kids to step out of their comfort zones – challenging them to do something different that they may never have the chance to do again.

It might give us an opportunity to showcase what we as a business produce and it might even lead to marketing opportunities. There have already been a couple of emails regarding bulls, which is great.

Lastly, and without doubt most importantly, along with the other four families we would have the opportunity to inform the consumer about what we do, why we do it and the lengths we go do to provide them with an awesome product.

For the past four weeks we have had some fantastic feedback from farmers and the general public, and it has certainly given us an extra spring in our step at a difficult time of year when long hours and weather can lower spirits.

For me the best thing about being involved with this series is the feedback from our consumers. They are interested in what we are doing and where their food comes from and there’s a thirst for more information.

It’s now part of our role as farmers to grasp each and every opportunity we get to make contact with our consumers at any level we can. It doesn’t have to be on TV, a conversation in the pub or supermarket is just as important as it is on a more personal level.