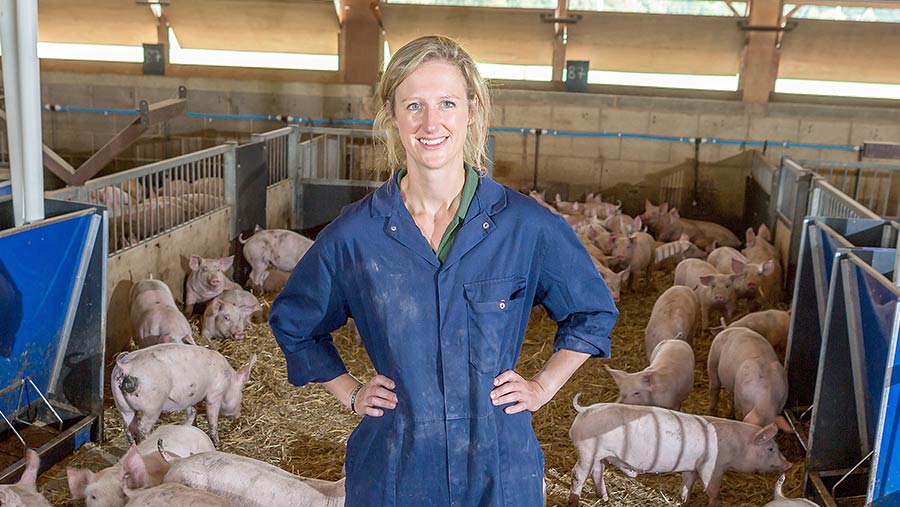 There is a bit of concern rumbling around the pig industry this month ahead of a debate in September on the ‘End the cage age’ petition, disseminated by NGOs (non-governmental organisations), calling for Defra to ban farrowing crates.

The UK pig sector has recently made great gains in the research and development of alternatives to crates and is supportive of farmers wishing to move in this direction. However, a unilateral ban is not the right way to go.

Freedom farrowing crates vary. Some allow the sow to move freely at all times, others have a moveable restraint to limit sow movement for a few days after farrowing.

Farrowing crates serve an important role in the protection of both the piglet and the stockperson after birth. I, like many others, would be very interested in installing an alternative system and have visited a few farms to see how they work.

If an alternative system provides satisfactory protection, then the sticking point is cost, I’m afraid. Despite calls from NGOs and the public to ban conventional crates, there is no market demand or government support for freedom farrowing systems.

The costly switch is unlikely to bring a return on investment, so it’s very difficult to justify to ourselves, let alone the bank manager.

A unilateral ban would be sure to make UK pig farming uncompetitive, forcing farmers out of business and resulting in the UK importing pork from nations with inferior welfare standards.

We saw this when sow stalls were unilaterally banned in 1999 and half the sow herd was lost. Government support and market demand for alternative systems are needed to encourage a switch to alternative systems while also protecting the UK pig sector.

On the farm we’ve had another pleasing batch go through the finishing buildings, with 815 bacon pigs killing out at 82kg at 150 days old, putting on 827g/day since weaning.

Speaking to other producers though, it is very apparent that we are sending to slaughter quite light, limited by our finishing space. IPPC (integrated pollution prevention and control) restrictions meant that I temporarily parked plans for new buildings, but I think it might be time to revisit this and think outside the box a little.