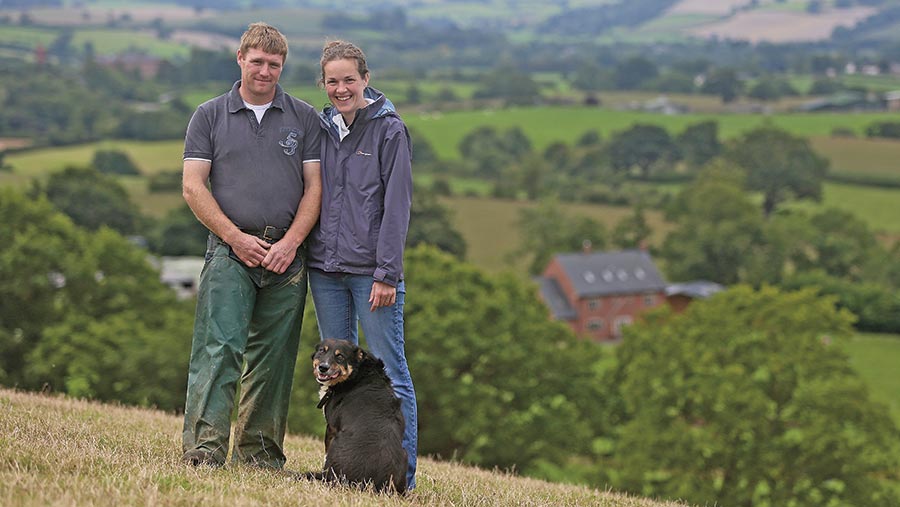 We have sold some of our first lambs this season. There are more lambs sold at bigger weights and for a higher price per kilogramme than last year.

It is a good start to the season for us and the lambs are doing really well. The EID reader is telling us the daily liveweight gain when weighed.

Plenty of lambs are putting on 300g-400g/day off grass. It really does help when the weather is on your side.

Much needed rain has come and transformed my spring barley, it is looking very good but now needs a spray but it has been too windy.

Earlier this month we held an open day, partly due to my chairmanship of Montgomeryshire Farmers’ Union of Wales (FUW) coming to an end and partly to show people our new poultry shed.

There is still lots to do and finish off but we had a really great day with more than 200 people attending. The day was supported by Lloyd’s Animal Feeds, Powell’s shed builders, Newquip, Paul Higgins electrical and the FUW. I must thank everyone involved.

It was a good job that we had tidied up as we hosted another visit, this came with just 24 hours to prepare. Tim Farron, now former leader of the Liberal Democrats, and his battle bus came to our farm to speak to a group of farmers about rural issues before the general election.

Not only did Mr Farron come but so did a frenzy of media. It was a great opportunity to highlight problems us country folk face and hopefully, agriculture will be a prominent and positive feature for the future government and their Brexit negotiations.

By the next column, we should have our birds in and will have had our first short interval TB test.

The AI is going OK but we have had some cows needing a second service and the management is trickier now the cows are out.

We are using a Limousin bull Baileys Iain, a former Irish bull of the year and known for ease of calving.

We have used a Belgian Blue fertility plus straw for the cows that needed a second service. Really looking forward to the spring to see how they turn out.