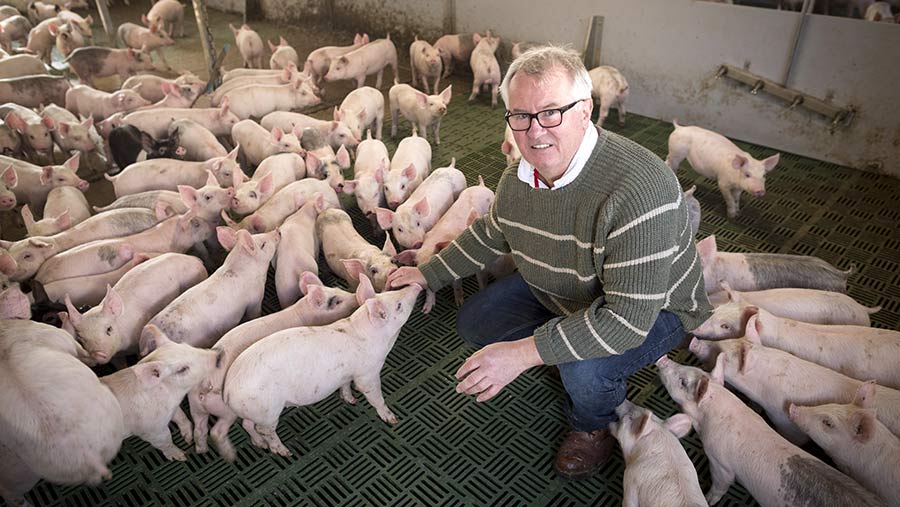 It’s not easy being a pig farmer around Easter and May when you have all these bank holidays coming one after the other.

While the staff definitely deserve some extra time off with their families, it means we still have to do five days’ work in four days.

I don’t begrudge anyone having time off as everybody definitely earns it, but it does make life hard at times when you have high maintenance pigs to manage.

We have five stockmen and four of them started working for us when they were still at school at 14 years old. This was a great help for us at weekends and through the school holidays.

Indeed, one staff member’s son is doing the same now, aged 14, although there are a lot more restrictions on employing school children these days.

As I have mentioned previously, we are producing some huge litters due to our improved Dutch genetics.

Currently, Curly (Ian) is away this week. He looks after the weaners/growers in the new buildings with a multi-phase feed system.

While he is away I am checking up on it and I’m sure he boobytraps it for me before he goes. I thought it was supposed to be foolproof.

The Brexit fiasco rumbles on, and as I write this it looks as though bumbling Boris could become our next prime minister.

I don’t mind admitting that I have always voted Conservative and I was pro-Brexit, but how have we got ourselves into this mess? Boris with his red bus misled many people to vote leave.

Labour look like they could be having the keys to number 10 passed to them next. I don’t believe it will be Corbyn that gets in, but it could be one of his softly spoken Marxist mates.

The major economics of the world are currently run by bullies, dictators or idiots. It’s scary – rant over.