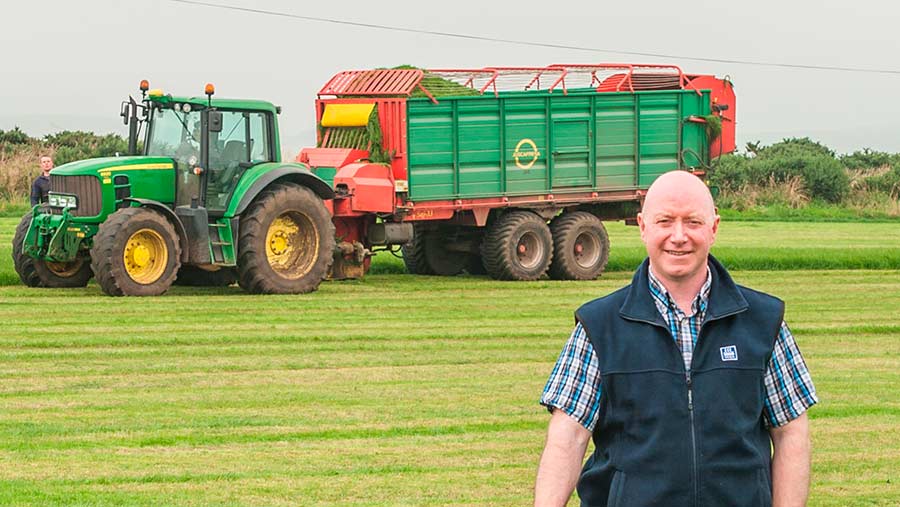 Well, well – what an election result. Who saw a hung parliament coming?

But it could get worse in the shape of Michael Gove in his role as Defra boss. He is the man who said the UK could import cheaper food from Third World countries after Brexit.

The only positive is George Eustice is still in place, so there will be some continuity in simplifying compliance, I hope.

I still think, as does NFU Scotland, that we must increase our domestic market, and I believe that even more after attending the first ever Aldi conference last week in Glasgow.

I was very impressed with the staff’s professionalism – from the shop floor to directorship.

Everyone who spoke presented in the same style and had been with the company for a minimum of 15 years, which shows its training and staff retention is excellent.

That said, speakers also shared a lot around the subject of needing to connect with suppliers to understand needs, and also how they cope better with volatility and purchase spikes, meaning they are able to sell everyone a burger on a sunny day.

I took a lot from the day and met a few processors who all said Aldi is a good company to do business with.

Back on the farm, we are cutting second-cut silage, which should have been done a week ago but the rainfall is playing catch-up.

The crops are good and the winter wheat will be on T3 spray next week.

I’m yet to make a decision about how much we wholecrop or combine as wheat prices look seriously high.

Worse still, caustic pearls to make soda wheat with are impossible to find at the moment as they have been bought up by the Chinese. If anyone has a spare few pallets, let me know.

I really do hope my next report will be on sunburn at the Highland Show, and not wellies and mud.

Gary Mitchell milks 800 cows near Stranraer, with heifers reared on a local farm. Gary zero grazes 80ha of the 195ha he owns. He is vice-chairman for NFU Scotland.