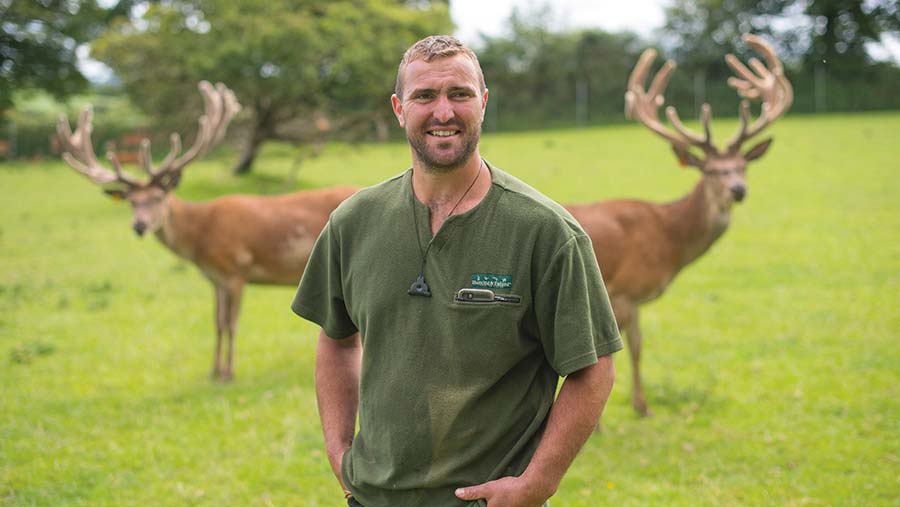 It feels as if summer finally decided to show up. It’s been a mad rush around since it started to dry up.

We have been trying to get everything back on level, growing grass and overseeding all the paddocks that we wintered the deer in.

All the deer are starting to look well now, as the grass is starting to keep up with them. It is great to see them losing their winter coats.

We are due to start calving any day now. It looks as if most have managed to hold on to their calves despite all what nature has thrown at them.

Lamb numbers are back on where we would like them to be, but in fairness, all the ewes that didn’t get hit with campylobacter (abortion) have done really well and most of the lambs look well.

We hosted an open day for the British Deer Farms and Parks Association and there was a reasonable turnout, with the weather making it an enjoyable day.

Hopefully we put a few ideas out there for anyone thinking of getting into deer farming.

I bravely decided to show how I muster the deer using my Huntaway. When no one is watching, this goes really well, but I was a bit nervous about all the things that could go wrong.

The dog hadn’t been worked much for weeks and was wound up like a coiled spring, but it actually came off alright.

My younger brother Rowly flew over from New Zealand for six days. We ran three competition courses for both the British wool board and Heiniger. We travelled to Wiltshire, north Wales and Northern Ireland.

We were asked to put on these courses as it is a big year for anyone chasing the circuit to compete at France in the world championships next July.

It was good to be able to put something back into the industry, as we both really appreciated the support with both our world record achievements. It was also great to spend time with Rowly.

Matt and Pip Smith run 500 Red/Romanian deer and 800 breeding Romneys across 121ha in Cornwall. Matt is also a shearing contractor and trains sheepdogs.