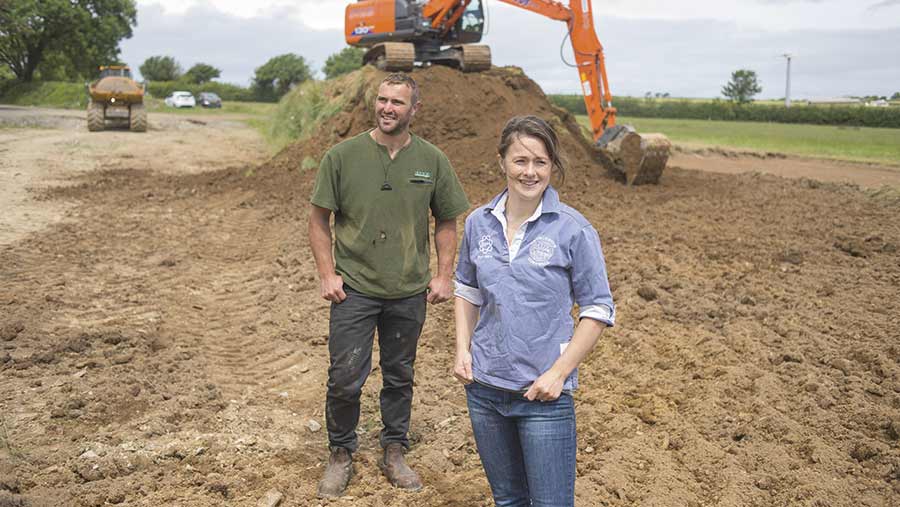 After two and a half years, we are going back to New Zealand and are really looking forward to catching up with family and old friends.

It’s long overdue. We have struggled to get far enough ahead of things to get away but we are getting there and the shed builders have all but finished one of our new sheds.

In the separation of the farm, all of the original farm buildings stayed with Pip’s sister because they surrounded her business venture.

We are building a new yard further up the road and have built new deer-handling and machinery sheds, and the latest to be finished is a large slatted sheep shed to house 1000 ewes.

This took a lot of time and money, both on animal health and welfare and also our time. But, we bit the bullet and went ahead with it.

One of our struggles has been high stocking rates for nine months of the year and struggling with them from early in the new year to mid-March.

Close and practical grazing was difficult to find and local dairy farmers want you off by mid-Janaury at the latest – and on a year like this it’s fair to say they don’t really want you on at all.

The cost only comes to about £10 per ewe over 20 years. It also sets us up well when we set stock the ewes for lambing outdoors, giving us a good start to the growing season because it has given our sheep unit a break for nearly three months.

We shored all of the ewes and ewe lambs before we brought them in to give them more space, as well as to stop the wool blocking up the slats. They seem to do a lot better inside with the wool off and it helped get on top of the lice that were starting to get them down.

There seems to have been a lot of lice about this year so far. All the places I’ve sheared have been affected.