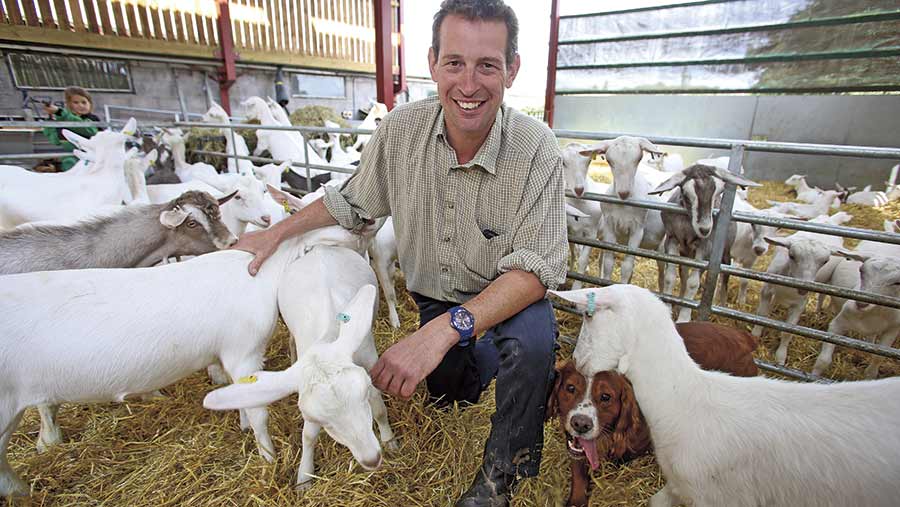 We were recently featured on Radio 4’s Farming Today as part of their “goat week”. They interviewed Jodie doing the morning milking and both Tommy and Megan got some airtime too.

Hannah the vet was here disbudding some kids and the director of Abergavenny Fine Foods also spoke about the market and the problem since the factory fire in 2015.

Sybil Ruscoe, the presenter, very generously sent Jess a bottle of her local Cotswolds gin for our trouble.

We also hosted a journalist from The Economist magazine, who wanted to interview some farmers about the future of the countryside and Brexit.

I highlighted a case locally where a mobile butcher has appeared at the garden centre, next to the new Monmouthshire Livestock Market.

See also: All the latest from our Farmer Focus columnists

He is selling cheap Australian beef and New Zealand and Icelandic lamb, none of which is farm assured. The NFU are on the case writing to the garden centre owners to ask why they are not supporting local farmers.

Meanwhile, all Michael Gove talks about is raising our standards even more and protecting the environment.

I was moving some portable point-to-point fences with two tractors and bale trailers to the Monmouthshire hunt’s new course recently.

When I stopped to let some cars pass, two HMRC officers got out of an unmarked van and asked me what I was doing and if I was using red diesel.

Although it was for charity and not economic gain, it was still illegal as it was non-agricultural haulage.

After keeping us on the side of the road for two hours, they let me off with a warning, but said if I get caught again I will be prosecuted. Like many events the point-to-point was then cancelled because of the wet weather.

Away from the farm, Megan has been doing well show-jumping her pony and Tommy’s rugby team won the Osprey’s under-12 tournament in Porthcawl last weekend.

I would also like to wish our well-known neighbour Rob “Spuddy” Watkins a speedy recovery from his recent illness.