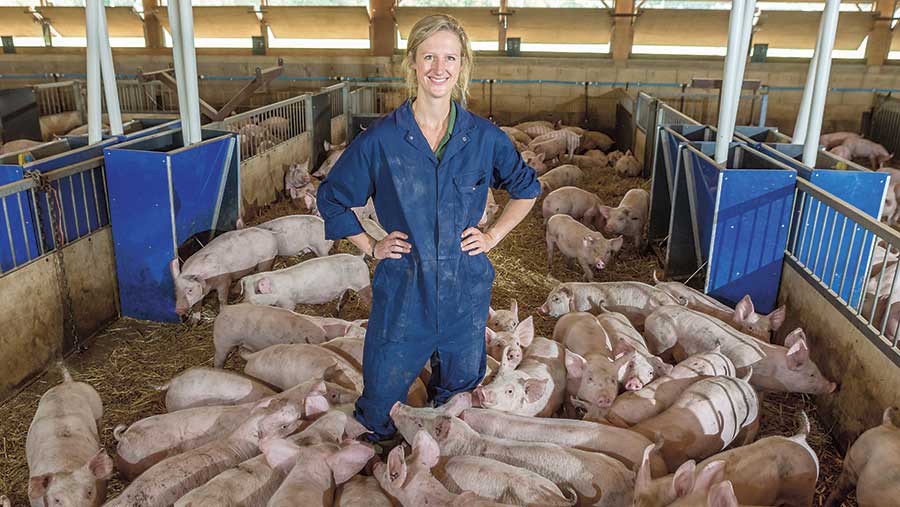 Back in February I talked about the astounding weights we achieved out of Batch G, in which the bacon pigs averaged 90kg deadweight (117.7kg live) at 157 days old, thereby catching us out with a shocking 12% overweights.

It’s not something we’ve seen before. Not wanting to make the same mistake again, we pulled 140 flyers from Batch H at 146 days old.

The remaining bacon weight pigs were pulled at 153 and 158 days yielding a deadweight of 83.4kg for the batch with only 0.6% overweights.

Although these are much more pleasing results, we all know it comes down to costs and margins.

I mentioned in November that while we were satisfied with the growth rate of the pigs we were still a little disappointed with the feed conversion ratio (FCR).

Batch G had an average FCR of 2.47, corrected to 100kg liveweight, which we know we can improve on to reduce our costs.

We enlisted the services of our nutritionist and made some tweaks to the feeding programme; notably changing to a higher specification grower ration (higher protein, less barley/fibre) and feeding less of it, reducing the amount of first stage finisher fed and shifting this over to the second stage finisher ration.

Our previous grower ration was of a lower specification as we felt that the pigs were always challenged at this stage so we didn’t want to push them too hard.

Now, with the improved health brought about by the batch system, we feel more comfortable trying the higher-spec ration. Batch H was partially fed on the new regime and we saw a big improvement, particularly as they grew through some cold weather, with an FCR of 2.39 (corrected to 100kg).

Finally, we now have some batches of pigs on the farm that haven’t been vaccinated against APP (pneumonia) to save on medicine costs. This is a massive leap for us and so we are sitting tight to see what the next few months hold.

I’m hoping to have some positive news for you next time!

Sophie Hope, Cheltenham, farms 380 sows indoors from farrow to finish, producing 10,000 pigs a year direct to Tesco, as well as 81,000 broiler-breeders. A straw-based system is currently in place with boars from composite commercial lines and some Hampshire used for hardiness.