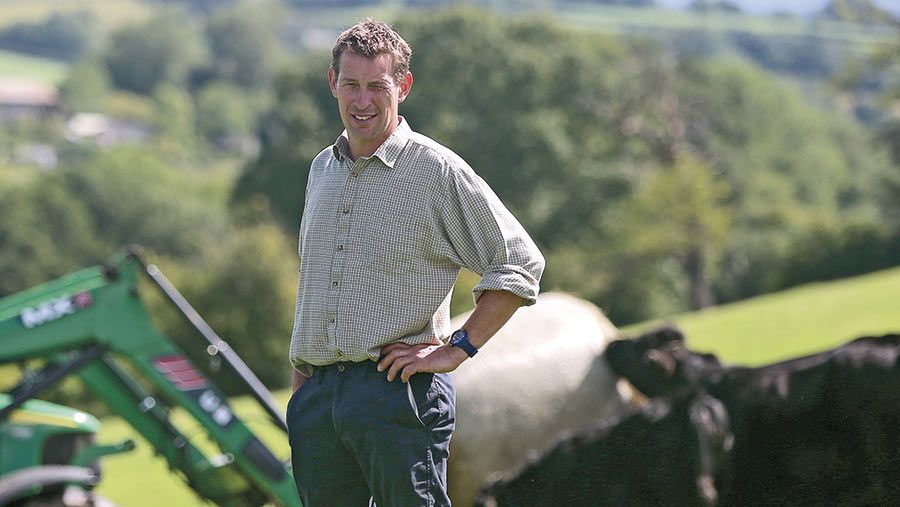 We managed to get some grass baled and wrapped earlier in the month. I was grateful to the contractor for getting it done just before the weather broke.

In Monmouthshire, we have had rain just when we have needed it and all the crops are looking good in the area.

We have had a few problems calving heifers. We had a calf on the bottle from a cow that had twins and mastitis. He was named Colin the calf by Tommy and Megan, who were quite keen to enter him in the young handler class at Monmouth Show on 1 July.

We then had a difficult calving and lost a calf, so Colin got fostered on to the heifer, so won’t be a show calf after all. Thankfully, the cows all passed the Johne’s and bovine viral diarrhoea blood test.

We have a vet student coming for a week of work experience so we will put her to good use foot-trimming goats. While they are in the turnover crate we will collect blood samples from 200 autumn-kidding milkers to test for Johne’s disease.

Any goats that test positive for the disease will either be culled or go into the non-breeding group as part of our new Johne’s control strategy.

One vet practice is developing a milk testing scheme for goats, which will be cheaper and easier to collect than the blood test so we will probably move to that in the future.

Along with many other farmers in Wales we haven’t had a Glastir payment. I have had several non-conformance letters and a penalty due to a 0.01ha area difference of some woodland we planted, the scheme is so bureaucratic I will be glad when it’s finished.

The local farming community has sadly lost two members recently. Peter Jones, formerly a saddler in Abergavenny and a farmer on the Blorenge mountain, was a great supporter of several local hunts.

Also, tragically, Julian Evans who farmed in Llanarth, Ceredigon, and was one of the nicest people you could ever wish to meet. Deepest sympathy to both their families.