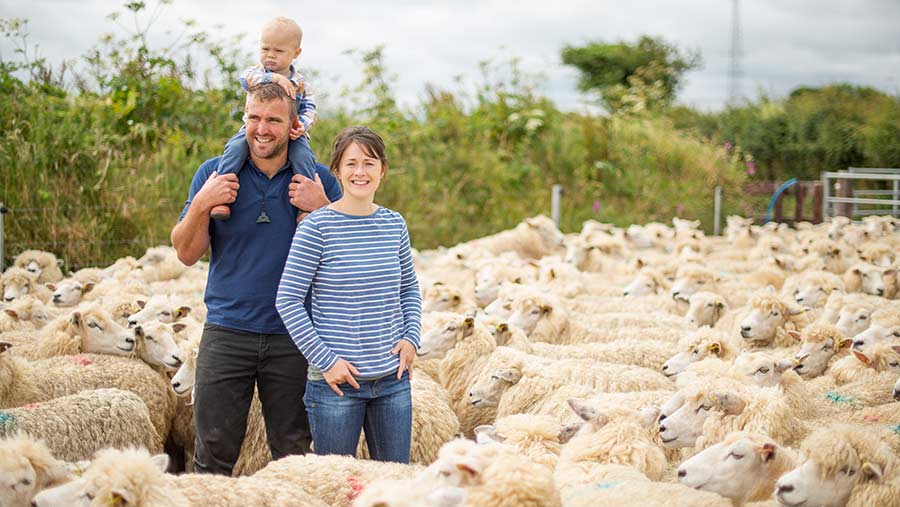 This is the first article we have written since we won the 2017 Farmers Weekly Sheep Farmer of the Year Award.

We would like to say thank you not only to whoever nominated us but also to everyone who helped us get to where we are.

We appreciate you don’t get very far these days without a great deal of support from good people.

We enjoyed the experience and would recommend anyone else to consider the awards.

On the farming front, the rut with the deer has been full swing now for a few weeks and the boys are starting to look a bit worn but, hopefully, the hinds will conceive well as they have been on a steady climb after the fluke issue with the exception of one or two.

We weaned a couple of groups of deer a bit earlier in a bid to help the hinds get over the fluke. When we did it we put the calves straight into the shed as the weather was quite rough at the time.

We were advised constant close handling with people helps calm them down.

We put them on ad-lib silage with some concentrates and they have certainly grown.

We will keep you posted on how it all goes through the winter months but so far they have healthy coats and seem happy.

The ewes have had the teasers in for a couple of weeks and the rams were due to to go in with them on the 1 November.

The ewe lambs we kept back that are more than 42kg and made the cut to go to the ram have had the company of the teasers for two cycles in the hope it will get them cycling a bit better and give a tighter lambing.

On the whole, the ewes are looking really good and on a nice rising plane through flushing so, hopefully, we get a good scanning this year but time will tell.

When talking to my brother the other day in New Zealand he was telling me that the current lamb price averaged $175 (just over £92 a head) so the next one of you guys blaming kiwis for cheap meat maybe need to think again.

It leaves me with the question of how is New Zealand lamb cheaper than British lamb on the shelf?