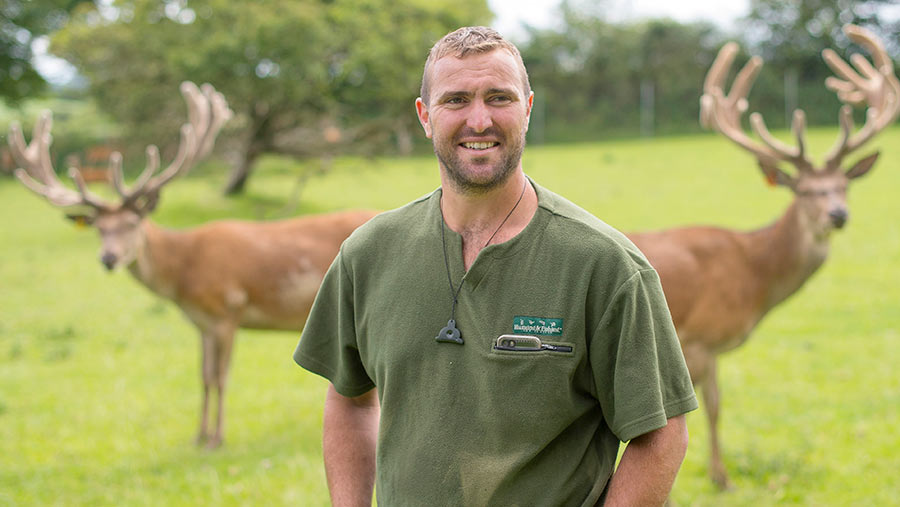 We’ve had a really good trip to New Zealand. Although a bit rushed, it was great to catch up with a lot of good friends and family, who we’ve only been back to see twice in four years due to all the changes going on at the farm.

Getting off the farm and out of your comfort zone is good for you, and good for the business. Sometimes it gives you a good kick up the backside, but equally, sometimes you come away with a feeling that you aren’t too far off the mark.

One thing is for sure – farmers all over the world are facing this whole animal welfare issue from vegans. It doesn’t seem to matter even when you try talking good, sound reason with them.

We had Scott Mann, MP for North Cornwall, visit the farm and this was one of the matters we raised, along with dog attacks and other issues. It was good to have him visit, and to see a politician out and about, listening to people and hopefully acting on their findings.

Weather has been affecting most of us and it’s pushed our stock to the limits, especially after such a wet summer, autumn and winter. The one positive thing is that the stock that has come through all this will be worth breeding from and keeping replacements from it.

We have been asked to host a British Deer Farms & Parks Association (BDFPA) open day on the 10 May 2018. This is aimed at other deer farms and parks, and others toying with the idea and looking to try their hand at it – contact the BDFPA to book a place.

I have returned from New Zealand for a flying visit to dismantle some hydraulic deer crushes and put them in a container before heading back. This seems the only place to have built them on any scale.

They were a lot cheaper here, especially by the dozen, so if anyone is looking for a hydraulic deer crush, feel free to get in touch.