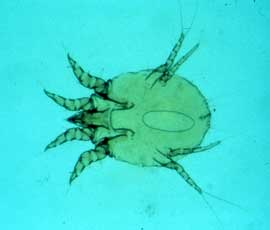 A farmer-led programme in Wales could be the step needed to eradicating sheep scab in the country.

Sheep farming brothers Dafydd and John Jones near Machynlleth, west Wales, are pioneering the programme which contains 30+ adjoining sheep farmers in the initiative’s catchment area. The goal is eradication of sheep scab and minimised risk of its reintroduction, through co-ordinated preventive treatment and effective biosecurity.

The initiative began at a meeting attended by 19 of the target farmers to discuss the key issues, explains Dafydd: “First, we have to admit that we have sheep scab in the area. Then the process is to educate ourselves about the problem, work together to eradicate sheep scab, and establish long-term defences to prevent it returning.”

At the meeting, Dafydd declared publicly that his flock had a scab outbreak in September 2009, right at the peak of finished lamb sales, which caused major disruption on several counts.

“The farm is organic and we have a contract to supply Waitrose that forbids the use of organophosphate (OP) dips in any situation, but allows treatment with moxidectin under closely defined parameters,” he explains. “Even so, the meat withhold requirement meant treated lambs had to be sold as non-organic. In addition to delayed sale, there was a painful price penalty.”

So the motives underpinning this initiative, according to Mr Jones, are not related at all to the new Scottish sheep scab legislation introduced last December, but have everything to do with identifying a business problem and doing something about it.

Part of the problem, he says, is the window of opportunity for scab mites between the traditional use of OP dips by some farmers in the autumn, and the use of injectable scab treatments by others pre-lambing. In January, scanning in particular is seen as a potential vector for flock-to-flock transmission of scab mites.

With this in mind, the plan involves preventive scab treatments across the initiative’s entire catchment area within the months of January and September, using either an OP dip or an injectable moxidectin-based product licensed with 60-day persistency. For farmers using the injectable treatment, January can replace pre-lambing use, and administering at the same time as scanning meant empty ewes could be segregated before treatment and sold without having a meat withhold period to observe.

The Jones’s vet Hugh Williams from Williams Veterinary Surgeons in Tywyn is integrally involved in the initiative. He says as long as all farmers in the area comply with the programme, with 100% of sheep treated or dipped correctly, the scab mite can be eradicated. Then maintaining scab-free status would require effective biosecurity including the use of the SCOPS quarantine protocol for all incoming sheep. If this valley can demonstrate scab eradication successfully, Mr Williams believes this may pave the way for farmer groups in many other localities to do the same. “Already, we have had interest in the scheme from farmers in other areas such as the neighbouring Dysynni valley,” he adds.

However, realism that it will take time to persuade all farmers in the area to join in means Dafydd and John see their initiative as a five-year programme. Since the launch meeting, they have spent considerable time contacting all sheep farmers in the area and explaining the benefits of taking part.