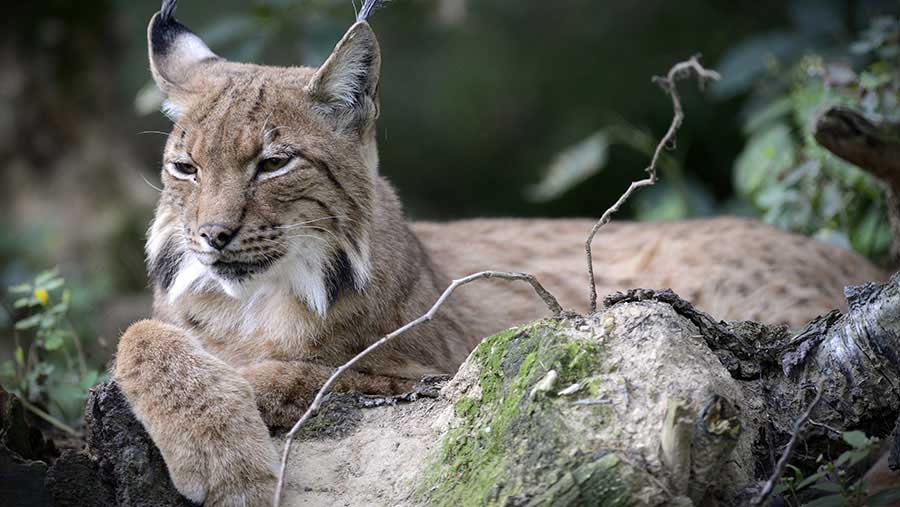 Farmers in west Wales have reacted with relief to news that an escaped Eurasian lynx has been shot.

It was then implicated in the death of eight sheep on a nearby farm.

Farm owner Owen Jenkins told Farmers Weekly he had seen the animal at close quarters on the same day he found the dead sheep – one of which had a bite mark on the back of its neck.

Following an extended hunt, the lynx was found in a populated area on Friday (11 November) and local government officials ordered that the animal be “humanely destroyed” as it posed a potential threat to the general public.

The owners of the wildlife park said they were “truly devastated” by the killing, explaining they had fought for more time to capture her alive.

But the Farmers’ Union of Wales (FUW) said the authorities reacted “appropriately” in deciding to shoot the animal, having taken advice from a specialist vet.

“In an ideal world the lynx would have been quickly recaptured, but this did not happen,” said a FUW spokesman.

“Given the risk to people and livestock, action to remove such a danger was long overdue.”

The FUW suggested “a number of our members’ livestock have been attacked and killed”, and dismissed claims by the Lynx UK Trust that attacks on sheep are rare.

“Sheep have been found to make up more than one-third of wild lynx diets in Norway, alongside bigger herbivores such as roe deer, reindeer and even moose,” said a statement.

The FUW said that, with plans being considered to introduce lynx to the north of England, and even parts of Wales, the incident should come as a “stark warning”.

“If they are really as harmless as some people say, why aren’t we considering their release in heavily populated areas such as Surrey?”

The Lynx UK Trust played down any suggestions the sheep deaths in west Wales were caused by the escaped lynx and accused farmer organisations of “hysteria and scaremongering”.

The Lynx UK Trust has criticised both Borth Wild Animal Kingdom and Ceredigion County Council for the failings that led to the lynx escaping, and have claimed that a second lynx also died at the park last week.

It is understood that Lilleth escaped by leaping from a tree that had not been cut back, to clear the perimeter fence.

The second lynx was allegedly strangled as zoo keepers tried to move it to a different cage.

“If they aren’t closed down, I am in no doubt that eventually someone will be killed by and escaped and unpredictable captive-bred animal.”