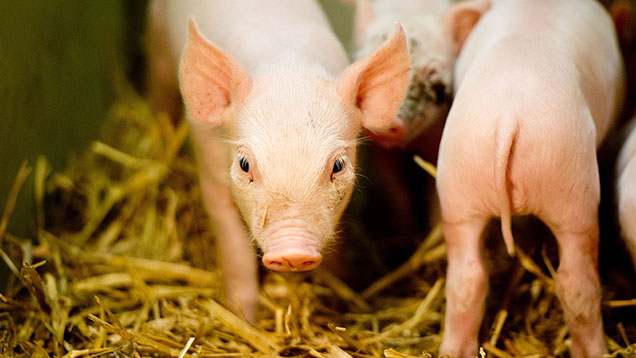 Pig farmers have been put on alert after confirmation of the highly virulent Asian-American strain of pig disease porcine epidemic diarrhoea (PED) in Ukraine.

The National Pig Association (NPA) has warned that just a thimbleful of manure from an infected pig unit would be sufficient to infect the entire British pig population.

“It is impossible to guarantee Asian-American PED will not arrive in Britain on a traveller’s shoes or clothes, or on the wheels of a lorry,” said an NPA spokesman.

“Therefore, all pig-keepers must consider themselves personally responsible for ensuring it does not get on to their own farm.”

For example, no lorry should be allowed on to any pig farm unless it had previously been thoroughly cleaned and disinfected.

The disease was discovered in mid-Ukraine by British vet Dr John Carr who saw 30,000 piglets die in a matter of weeks on a well-run commercial 5,000-sow unit.

“It is impossible to guarantee Asian-American PED will not arrive in Britain on a traveller’s shoes or clothes, or on the wheels of a lorry.” NPA spokesman

His worry now is that the highly infectious disease could easily spread to the EU.

He has stressed it is essential no live pigs are imported into the UK from countries with PED and he has warned all pig producers to introduce impeccable transport biosecurity routines.

In the USA, the disease has wiped out more than a tenth of the pig population in the past two years, causing up to 100% mortality in piglets on infected pig farms.

However, the Canadian pig industry has demonstrated it is possible to control the spread of PED if the disease is identified quickly and no movements on or off the infected unit are allowed by the farmer concerned.

Working on the Canadian model of early identification and total industry cooperation, the English Pig Health and Welfare Council has been formulating a contingency plan since April and this is due to be rolled out soon.

The statutory pig levy paid by English pig-keepers is funding free testing of diarrhoea samples at government animal health laboratories, to help ensure the disease is picked up promptly if it arrives on a British pig farm.