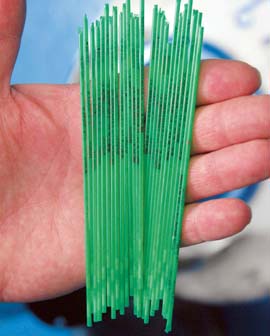 Livestock farmers who purchase substandard goods may not be entitled to compensation, following a recent court judgment regarding infertile semen.

The case, which involved faulty semen supplied by Cogent Breeding, means that suppliers are not obliged to provide goods of satisfactory quality – only having to show they used all reasonable care to do so, if included in their terms and conditions of sale.

Under the judge’s ruling, two farmers were deemed to have been aware of Cogent’s terms and conditions because they were regular customers. Without being able to show that Cogent failed to take reasonable care to provide fertile semen, their claims were refused, and they were ordered to pay £50,000 each towards Cogent’s legal fees. Two other farmers, who had not seen a copy of the terms, were awarded almost £71,000 in damages, and 80% of their £143,000 legal costs.

“We are a fair bit out of pocket,” said Andrew Malyon, who won his case after purchasing 100 straws of substandard semen from the bull Tamhorn Rocket.

Katrina Dunford, who used 300 ineffective straws, said all four plaintiffs were appalled at the ruling. “It was a moral victory when Cogent admitted the semen was at fault, but the ruling sets a worrying precedent for the farming industry.”

Carol Clinton, Cogent marketing manager, said: “This case originated seven years ago and since then we have updated our terms and conditions and improved customer communication as part of our continued commitment to the British dairy farmer.”