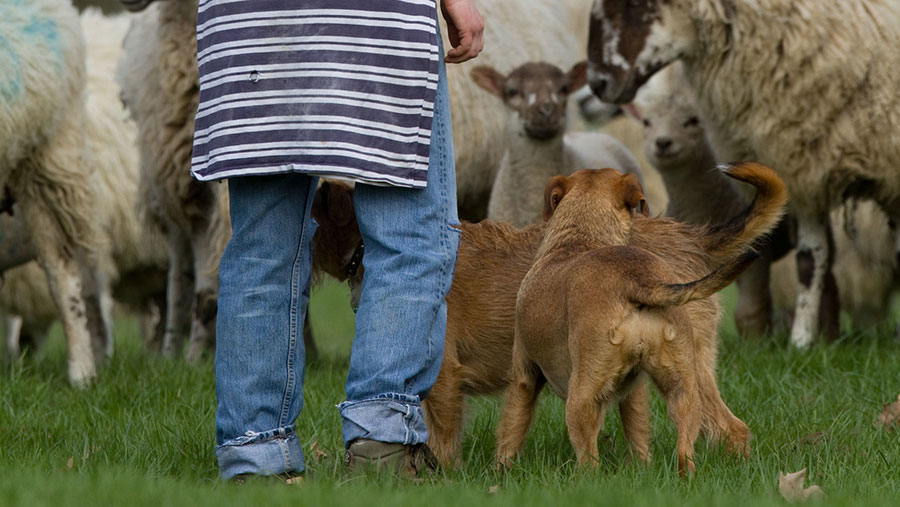 Farmers have a key role to play when it comes to countering sheep worrying by dogs, including putting up better signs and reporting all incidents to the police.

Those are among the recommendations of a multipronged approach contained in a report from the All-Party Parliamentary Group for Animal Welfare.

“The impact of urban sprawl and people moving out of cities into more rural areas has meant a change in the use of the countryside and an increase in footfall,” says the report.

“This has meant more dogs in rural areas and may explain the apparent fact a large percentage of livestock worrying cases have been caused by stray dogs who have escaped nearby housing.”

Dog walkers remain part of the problem, however, and everyone needs to be better educated, says the report, with farmers urged to do more to help themselves.

Signs should explain if there are livestock in any fields, if they are likely to be moved to a field soon, but should also be removed if they no longer apply. The signs should include contact phone numbers.

“There is also a need to ensure accurate data is collected, so decision makers and enforcement bodies can fully understand this issue and prioritise resources,” says the report.

As such, the MPs urge farmers to report all incidents, and also to record why and how incidents have happened.

There is also a need to tighten the law, says the report, which notes that the maximum fine under the Dog (Protection of Livestock) Act 1953 stands at just £1,000.

“Sentencing needs to be more of a deterrent… and livestock worrying should become a recordable crime.”

Landowner and farmer organisations should also provide advice for members to on how to pursue litigation, so they can recoup the costs from irresponsible dog owners.

Responding to the report, the NFU said local authorities should improve the consistency of their response and should provide public guidance about preventing further incidents.

The Country Land and Business Association (CLA) said landowners and the local authorities should be given more powers to make temporary diversions to footpaths and bridleways, to reduce risks when land is being used for grazing.

The APPG report said any such changes should take place in discussion with Local Access Forums.