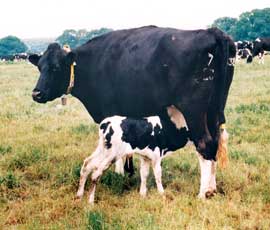 Dairy producers are being reminded that tail docking is not only illegal, but also against animal welfare after a number of farmers were found to be carrying out the practice.

Dairy hygiene inspectors and vet inspectors from the Animal Health and Veterinary Laboratories Agency (AHVLA) have recently seen a small number of cases from herds in England where tails of calves were docked in the mistaken belief it improved hygiene.

Tail docking is banned on welfare grounds and either doing it, or advising others to do it, is illegal. It was introduced in New Zealand in the 1900s in the mistaken belief it reduced the chance of milking staff getting infected by zoonotic diseases such as leptospirosis.

However, studies show it could actually worsen cows’ hygiene and hamper their ability to swat flies. By law, surgery to remove part of the tail of cattle must only be performed by a vet as a therapeutic action in response to injury or disease.

Anyone found guilty could risk a penalty to single payment or agri-schemes for the calendar year of the breach. They could also be prosecuted by the local authority, with sentencing decided by the court.

Chief vet officer Nigel Gibbens said: “Tail docking is unnecessary, as there are no discernible benefits for either cattle or humans. It has never been traditionally practised in the UK, so we want to remind people about its illegality now to nip it in the bud.”

There are no benefits to be had from tail docking calves, agreed vet Keith Cutler, Endell Vet Group. “I have never seen dairy farmers purposefully tail dock, but I don’t understand why anyone would want to do it.”

Mr Cutler said tail docking too short could cause damage to the surrounding tissue, while using rubber rings could create problems with infection because they were not designed for that purpose.

“I have carried out surgical procedures to tail dock adult cattle when there has been damage to the tail. In these cases, leaving the tail would be more detrimental than docking.”

According to vet Ben Brearley, The Livestock Partnership, tail docking could be seen as a means of reducing udder contamination from dirty tails, but there are many other ways of minimising the problem. “Good udder health is achievable without illegally tail docking. Tail trimming and uddersingeing will mitigate the issue, but the aim should be to investigate why loose dung is an issue in the first place.”