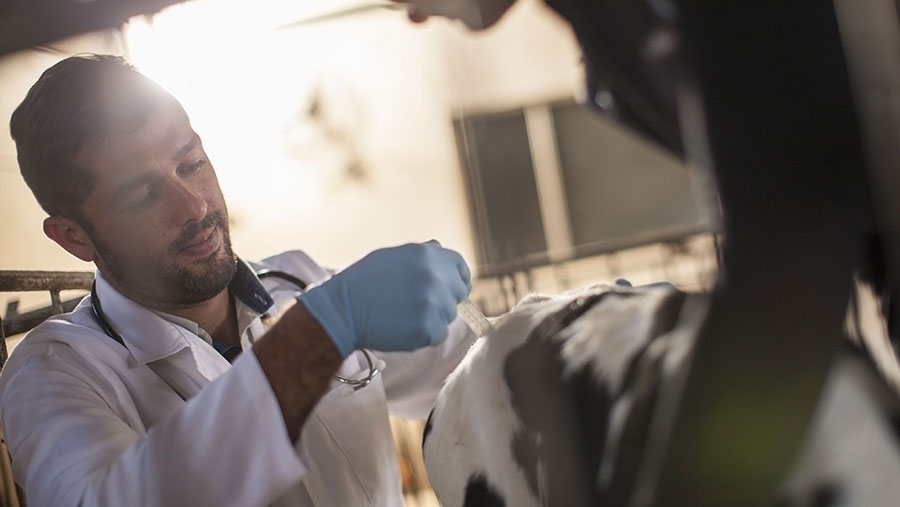 Dairy farmers are being urged to inject animals in the neck after a study revealed current techniques are putting cows at risk of nerve injury.

A team of vets from The University of Nottingham asked 54 people who had injected cattle in the gluteal region (rump) before to inject the left and right rump in a dead cow.

See also: How to avoid needle injuries when injecting stock

The team discovered that:

Wendela Wapenaar, associate professor of farm animal health and epidemiology, who led the project said: “Our study confirms a high risk of damaging this nerve when injecting cows in the gluteal region [the rump or back end of the cow].

“In beef cattle, farmers and vets are already avoiding this region because of the value of the primal cut meat, however in dairy cattle this site is still used because of convenience.”

Based on our study findings, I strongly advise to inject all cattle in the neck where possible Rosanna Kirkwood, University of Nottingham

Rosanna Kirkwood, one of the undergraduate students who helped carried out the project, said:

“Based on our study findings, I strongly advise to inject all cattle in the neck where possible.

“When this is not feasible and the gluteal region is used as a site for intramuscular injection then a more lateral location should be chosen.

“The region between the hook bone and the pin bone has a substantial muscle mass, and there are no underlying neurological structures at risk.

“This small change in injection technique may prevent nerve damage and we hope farmers and vets will take this advice on, so we may see less cows with sciatic nerve damage in the future and avoid inflicting pain unnecessarily.”