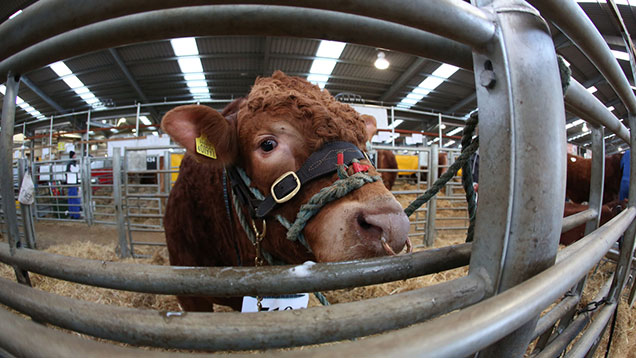 A world-leading Australian beef breeder has told his UK counterparts it is time to ditch showing and embrace estimated breeding values (EBVs) if they want to survive against increasingly efficient white meat producers.

Pedigree Angus breeder Tom Gubbins of Te Mania Angus, Victoria, said: “Showing is a thing of the past. It served its use well when we didn’t have any other methods of breeding cattle, but it damages data.”

See also: Have your say: Is cattle showing holding back genetic progress?

Mr Gubbins, who runs a herd 1,400 breeding females in Mortlake, Victoria, said showing no longer had “any industry relevance”.

He explained show animals could not be accurately performance recorded when they were being kept in a different environment to the rest of the herd.

“We need to start engaging people about EBVs and how we do that is we talk about it more and fear upsetting a few people, but we have to change it or we will be overrun by the chicken and pig industry.

“We are the lowest common denominator. Every time they make genetic gain and lower their costs it displaces beef from the supermarket,” Mr Gubbins warned fellow farmers at the British Cattle Breeding Conference, Telford, Shropshire.

He said the fact commercial breeders were happier to choose breeding stock by eye was holding the industry back and these farmers must start using performance data to help make objective decisions.

Mr Gubbins added that breeders also had a role to play and needed to work closer with their clients to improve the acceptance of performance data.

See also: Keep up to date with the latest show and sales news

To ensure all breeding rights remain at Te Mania bulls born on alliance farms are castrated and carcass data is fed back to the stud with the aim of making further genetic improvements.