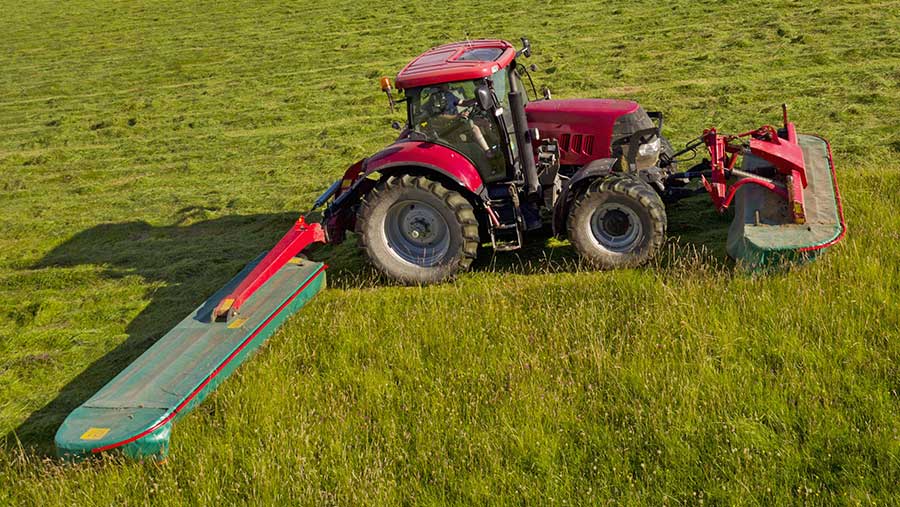 Silage makers are being told to maximise higher crude protein levels in first-cut grass silage after an early spring by ensuring a rapid fermentation.

Average crude protein levels have lifted 2.5% in first cuts, according to an analysis of 600 samples from Agri-Lloyds pre-cut grass audit service.

As well as protein averaging 22.5% (up from 20% last year), this year’s energy levels have lifted slightly to 12.02ME and warmer weather has lifted dry matters to 20%.

But James Ireland, dairy product manager at Agri-Lloyd, explained this extra quality could be lost unless farms can ensure rapid fermentation.

He added fast fermentation has resulted in some customers cutting 12ME grass and making “near enough” 12ME silage.

“If you get a good and rapid fermentation then you will preserve more of the protein and energy going in the clamp and reduce dry matter losses,” said Mr Ireland.

“This will help save money on bought-in feeds this winter.”

Hotter conditions have reduced wilting times and mean the season is up to a fortnight earlier, he added.

“The higher protein is down to the season being one to two weeks earlier this year compared with last year.

“We’ve seen protein levels as high as 27% in grass samples sent in in April due to the young grass, with levels now down to about 20% as the crop is bulkier with less physical quality.”

“In hot conditions, then a wilting time of only eight hours may be needed instead of 24 hours.

“However, some farmers may have been leaving the crop to wilt for too long to achieve an ideal dry matter of between 28- 32%.

“Silage that is too dry won’t be as appealing and won’t encourage high dry matter intakes required to achieve high milk yields, so you need to be careful,” he warned.