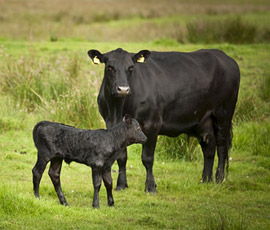 Livestock producers across the UK are urged to remain vigilant after the first case of a virus blamed for causing death and deformities in sheep was reported in cattle.

Concern over Schmallenberg virus heightened after confirmed cases of the virus trebled – including first confirmed bovine case reported in West Sussex. Until now, all cases of the disease have been in sheep since the virus was found in the UK last month.

The disease has now been identified on 29 farms, based on tests carried out on 33 samples – up from 11 last week. Additional tests are in progress on the bovine sample. The sheep samples are from Norfolk (11), Suffolk (6), Essex (2), Kent (5), East Sussex (7) and Hertfordshire (1).

The Hertfordshire case is outside the area initially said to be at risk from the virus. All the others are inside the initial at risk zone. The weekly update was issued by the Animal Health and Veterinary Laboratories Agency (AHVLA) on Tuesday (7 February).

Symptoms in adult cattle and sheep include increased body temperatures over 40°, impaired general condition, anorexia and reduced milk yield. In newborn livestock, the symptoms are much worse. They include deformities, fused limbs and still births.

Hamish McBean, chairman of the National Beef Association, called on farmers to be “extremely vigilant” to any signs of the disease. Any cases of reabsorbed or aborted foetuses and deformed calves should be reported immediately, he said.

“This disease is very serious, as if a cow loses her calf you’ve lost your whole year’s production from that animal. And there is also the risk of losing the cow herself if her offspring is deformed enough to cause calving difficulties.”

Beef producers across the country should be on high alert, said Mr McBean. Experts did not know enough about the disease to assume that only those counties close to the English Channel were in danger from the virus.

“The NBA recommends calling your vet if you are in any doubt – it is better to report something that turns out to nothing than to assume it’s not Schmallenberg. Aside from this terrible disease, we strongly believe farmers should have any cases of abortion investigated anyway.”

Kim Matthews, head of research and development at EBLEX, the organisation for the beef and sheep meat industry in England, said the developing situation was some cause for concern. As such, English producers needed to be vigilant.

“Schmallenberg virus is not a notifiable disease and as such there is no legal obligation for producers to notify anyone of an outbreak. However, it would be prudent to do so in the event of their livestock becoming affected.”

• The number of samples submitted to the AHVLA continues to increase

• There are now confirmed cases in five EU countries

• Scientists believe it is likely the disease is transmitted by midges