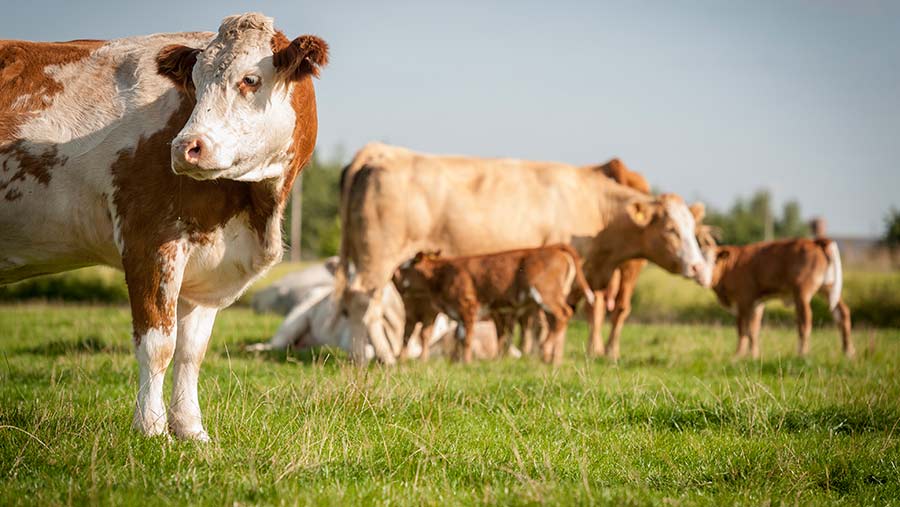 In 2016, when Harper Adams University first compared the performance of 2015-born progeny from two Simmental bulls – one within the top 1% of the breed and another within the top 10%.

It found calves from the bull with the higher index recorded carcass weights 12.7kg heavier when all calves were slaughtered at a similar age.

Researchers have since repeated the 2016 study using the same bulls in the same suckler herd to examine the reliability of EBVs.

“The message here is have faith in EBVs with decent accuracy levels. They are reliable, highly repeatable and accurate.” 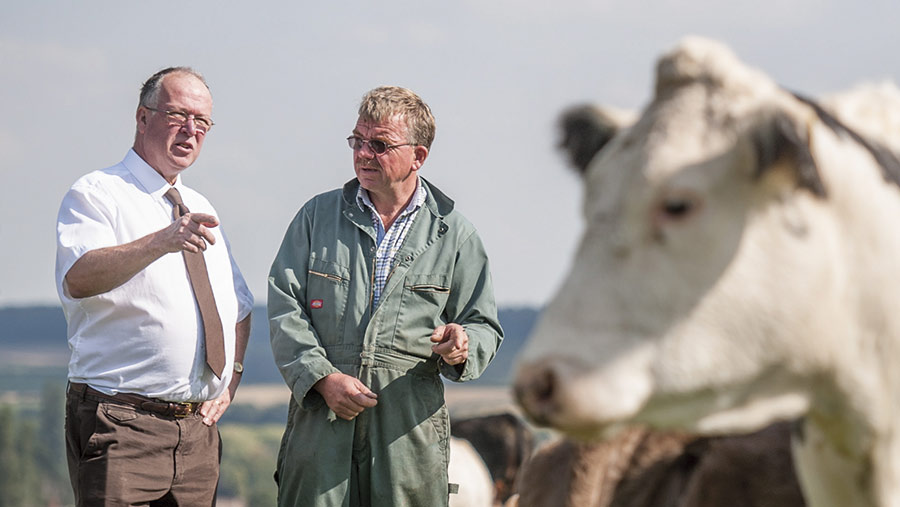 In this latest study, the higher carcass weights of the 2016-born bull calves from the top 1% index bull were 10.6kg heavier than progeny from the top 10% bull.

This was worth an extra £42 a head at a base carcass price of £3.50/kg, taking into account penalties for heavy weights.

Mr Marsh describes the performance of the calves from both Simmental bulls as “outstanding” with carcass weights of 371.9kg-382.5kg at just 380 days.

“This smashes the AHDB Beef & Lamb target for intensively finishing suckler bulls of a 350kg carcass at 14 months old,” he says.

The bulls were finished at just over 12 months old.

“This almost produces a ‘cycle of perfection’ with the old calf being slaughtered when the new one is born,” adds Mr Marsh. 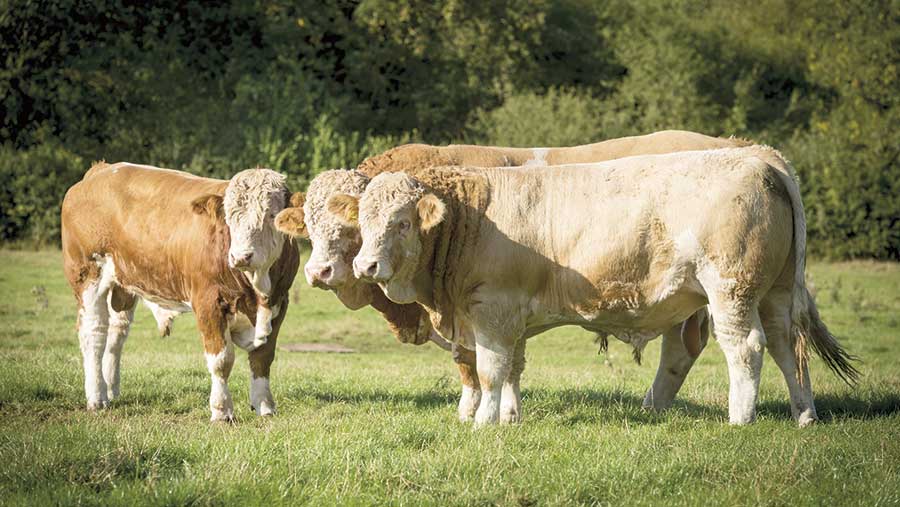 This is the seventh study carried out by Harper Adams to compare the performance of progeny from bulls with different terminal indexes.

“All seven have shown that with bulls with reasonably high levels of accuracy, that EBVs work with significantly improved performance recorded from bulls with better figures,” says Mr Marsh.

The 2016 and 2017 trials were hosted by Ian Willison who runs a suckler herd of 105 mostly Simmental cross British Blue cows.

Cows and their calves are turned out to grass as quickly as possible until mid-end October when they are housed. Bull calves are offered creep feed from four weeks old.

Cows are artificially inseminated in October and November and a sweeper bull then runs with the herd.

Bull calves are weaned when the cows are turned out in April and are intensively finished on good quality maize silage and blend total mixed ration (TMR) fed on a 40:60 ratio on a dry matter basis.

The bulls are slaughtered at Foyles at Melton Mowbray.

Heifer calves, which are not fed creep after Christmas, are turned out with their dam and weaned in June.

Thanks to the farm’s high herd health status, surplus heifers not required for replacements are sold at a premium at 15-months-old for use as recipients in embryo transfer programmes.

Mr Willison never selects a bull without considering EBVs. “They give us an insight into what a bull is likely to do for us, without recording or EBVs you are working blind.

“In the past we have selected bulls without EBVs or those with poor EBVs and it has never produced positive results.”

Calving ability is the EBV he values the highest. “A dead calf is no good to anyone,” he says.

“If you are looking for ease of calving it is no longer good enough to just select a particular breed, you have to look at individual animals within that breed.”