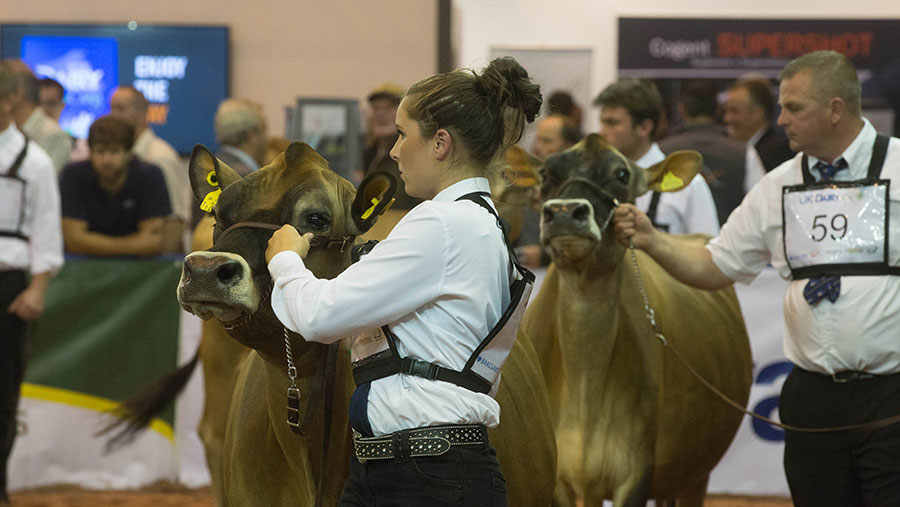 The sale, which will take place at Shrewsbury Auction Market on 21 April 2018, is being run in association with Halls Auctioneers and will attempt to fill the frustrating void of elite sales in the UK, according to its organisers.

The event is the brainchild of Richard Bostock, James Doherty and Tom Lomas, who said the sale will be something the UK “has never seen before.”

Speaking to Farmers Weekly exclusively ahead of its launch at UK Dairy Day on Wednesday (13 September), Mr Bostock said: “We have seen the likes of the genetic elite sales stop and other sales have fallen by the wayside.

“We want it to be something the UK has never seen before.”

They are hoping to attract worldwide buyers so the criteria for entries will be strict, with only a select number of places on offer.

Mr Bostock added: “We want them to be world class; the offering will include elite show animals and lots with appealing index figures; the best Europe has to offer.”

The trio were inspired by European sales such as the German Masters where animals sold to €39,000 (£35,454) last year. They will use social media to increase reach and special effects such as music, lighting and smoke machines to help to create a big atmosphere around the ring.

Currently, the only other elite sale in the UK is the Black and White sale in December hosted by Harrison and Hetherington, although the organisers say they do not wish to compete with this.

James Doherty says: “We are trying to do our own thing and hope there’s room for two sales. Ours is early in the year because it’s a good time to buy stock at the start of the show season.”

For more information on entries and the event, email info@perfectcollection.co.uk.