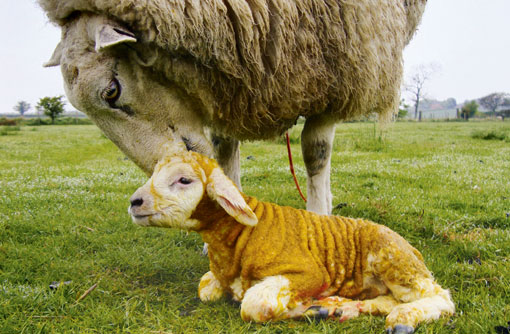 Clostridial diseases and pasteurella can have a devastating impact on sheep. So what can farmers do to mitigate the risk?

What are Clostridial diseases?

Clostridial diseases are caused by bacteria which are naturally present in the soil, and are often found in healthy sheep.

However, when triggered, they multiply and produce toxins that target different organs in the animal, causing rapid morbidity and death.

Common trigger factors include sudden changes in management or diet, traumatic injuries, and parasitic activity, according to research by the Moredun Institute.

The diseases can be broadly classified into three categories: Those affecting the alimentary system and internal organs; those causing muscle damage, gangrene and toxaemia; and those that damage the nervous system.

Older sheep are generally less likely to be affected than lambs, but black disease and bacterial redwater both affect the liver of adult sheep, usually triggered by fluke infestation.

Abomasitis, toxaemia and struck can be triggered by sudden changes in diet, while blackleg maybe associated with shearing wounds.

Rams are particularly susceptible to malignant oedema, while ewes may contract clostridial metritis after assisted lambings.

Pasteurella is commonly found in the nostrils and tonsils of healthy sheep, again requiring a stress trigger to develop into an infection.

Pasteurella pneumonia, caused by P haemolytica, is the biggest killer of adult sheep in the UK, with systemic pasteurellosis, caused by P trehalosi, the most common cause of sudden death in lambs between August and December.

Why should I protect my ewes?

“If you don’t protect your flock you are likely to get some losses – the levels will vary from farm to farm and year to year, and people may put them down to something else,” says Matt Colston, a vet at Frame, Swift & Partners in Penrith, Cumbria.

“But without properly investigating sheep deaths you won’t know what you’re dealing with.”

As the diseases strike so rapidly, there is very little chance of treating infected livestock. The best form of protection, therefore, is vaccination.

Vaccinating ewes against clostridial diseases and pasteurella will not only protect the adult sheep from infection, but also young lambs in the first few weeks of life, as the ewe passes antibodies onto her lambs via colostrum.

Clostridial diseases which affect lambs include pulpy kidney, braxy, tetanus and, most common of all, lamb dysentery.

“Lamb dysentery often affects lambs in the first couple of weeks of life – and you cannot vaccinate against that – so it is essential to vaccinate their mothers,” says Mr Colston.

“An outbreak of lamb dysentery could cause 5-10% mortality, with pulpy kidney up to 15% mortality, and ewe infections up to 5% mortality. In a bad year, you could also suffer 20-30% losses with pasteurella in growing lambs.”

How should I protect them?

All sheep should be injected with a clostridial and pasteurella vaccine upon arrival at the farm or from about four weeks of age, followed by a second dose four to six weeks later.

“Sheep get little protection from the first injection – it is just a primer. The second injection given within the right timeframe is vital to ensure that sheep respond fully.”

Once the initial course has been administered, ewes and rams should receive annual boosters of a single dose, with ewes treated four to six weeks prior to lambing.

This ensures that antibodies will be passed on to lambs which receive adequate colostrum, giving them protection for up to the first 12-16 weeks of life in the case of clostridial diseases, and three to four weeks for pasteurella.

However, it is essential that ewes are in good condition when vaccinated, or they may not get a strong antibody response, leaving both the ewe and her lambs at risk.

“The vaccine gives very good protection – as long as the animals are fit to respond to it,” says Mr Colston.

“But if a sheep’s immune system is under stress she might not respond very well to the vaccine. Also, if her nutrition is insufficient, her colostrum will not be good quality, reducing the level of protection for the lamb.”

Farmers must also handle and administer the vaccine according to manufacturer’s guidelines, he adds.

“Keep the vaccine in the fridge at 2-8C, but don’t freeze it. Don’t expose it to light, and use it within 10 hours. Open bottles should be discarded at the end of a day’s use, otherwise there is a risk of contamination with bacteria.”

Producers should also avoid administering other vaccines at the same time as the clostridial and pasteurella vaccine.

“The sheep has quite a lot of antigens to respond to and if she is under any stress at the time, it can really knock her back, especially when she’s heavily in lamb.

“There is added risk if she has insufficient nutrition or has been chased in by the dog. It’s very important that the ewes are not struggling to maintain body condition, and that they are managed gently.” 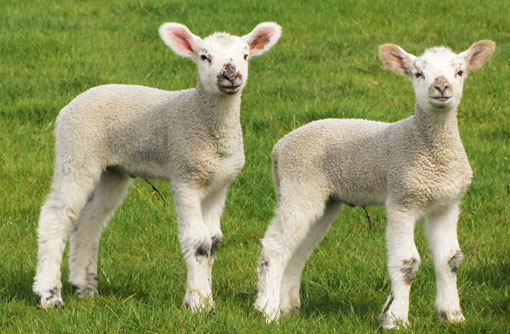 “I’ve never risked getting any problems – I see vaccinating as an essential part of sheep farming. Last year we had a problem with some lamb deaths which I thought could be from clostridial disease, so I had them post-mortem examined. I think it’s important to identify the problem, not guess at it – and it turned out to be a worm burden instead.”

Mr Parry buys in about 120 shearlings each year, and vaccinates them on arrival, followed by a booster shot six weeks later.

The rest of the ewes are given an annual booster six weeks before lambing, to ensure the antibodies are passed on to lambs via colostrum.

All the rams are jabbed at the same time, as well as pre-tupping. “They are expensive animals, so you need to make sure they are protected.”

The sheep are grazed during the summer and housed over winter, with the exception of fattening lambs which are out-wintered on stubble turnips.

The ewes lamb over six weeks around March, and are vaccinated exactly six weeks before their individual due dates.

“I worm and dag them at the same time, to give easy identification of which animals have been done. You might as well treat them at times when they are being handled anyway, to minimise stress.”

Mr Parry then vaccinates the lambs at the beginning of June, and again in mid-July when shearing and weaning, to provide ongoing protection after the maternal antibodies wear off.

“I always try to handle and inject them when they’re dry so that there’s less chance of infection, so all the handling systems are inside.”

At a cost of around 52p a dose, plus labour, he is convinced vaccinating is well worth the outlay. “I worm and rotate wormers, and vaccinate against toxoplasma and enzootic abortion; I just don’t think it’s worth taking the risk of leaving your flock unprotected.”

Vaccinating the ewe with Heptavac-P Plus four to six weeks before lambing not only boosts her own immunity against clostridial disease and pasteurellosis, it also increases the concentration of protective antibodies in the ewe’s colostrum. These then pass to the newborn lamb when it suckles, offering disease protection for a limited period provided sufficient colostrum is taken.

Previously unvaccinated ewe replacements need a full primary vaccination course of two injections of Heptavac-P Plus, four to six weeks apart, when they come into the flock. They then need a booster four to six weeks before subsequent lambings along with the rest of the flock – at intervals of not more than 12 months.