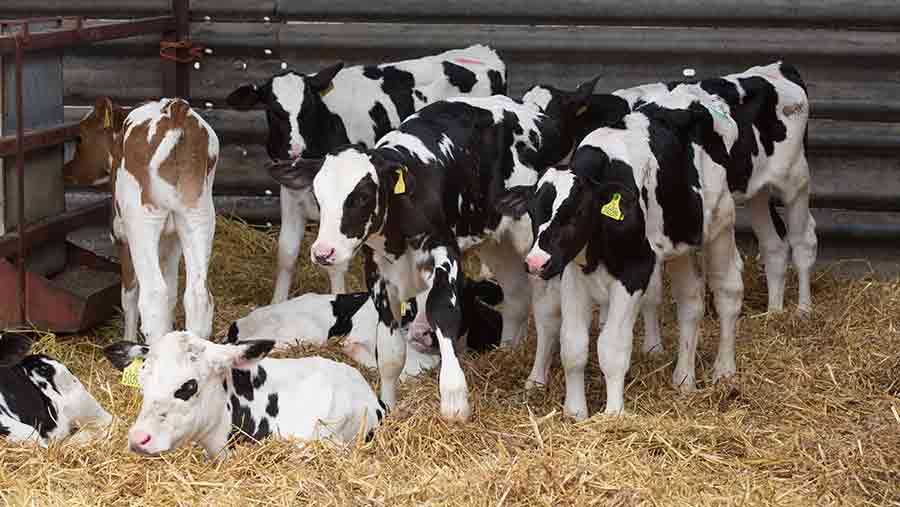 Dairy farmer Roger Hildreth is an avid user of genomics to help him select heifers that are the best fit for his all-year calving herd.

Mr Hildreth, who milks 112 cows alongside his wife Judith and son Tom, take ear tissue samples from every heifer Holstein calf born on Curlew Fields Farm at between one and five weeks old.

The test costs £30 a cow but Mr Hildreth believes this investment is more than reimbursed by enabling him to identify animals that don’t fit his system and sell them before he has incurred rearing costs of £1,500. He said there is also huge value to be gained from only breeding from the best animals.

Mr Hildreth shared findings from his participation in AHDB’s calf-to-calving project over the period 2015-2017. The study looked at the cost benefits of calving heifers at a younger age.

During this time, he kept all dairy heifers to enable researchers to fairly monitor the progress of the worst and best genetics up to calving.

He said the study really opened his eyes to the predictive accuracy of genomics. Giving an example, he said twin heifer calves that had the same parentage had showed equal potential with the exact same PTA scores of 346.

Currently halfway through their first lactation, they are milking exactly as their genomic profile prediction, said Mr Hildreth.

He added that the project has verified just how valuable genomics is: “It proves you can’t go by PTA alone.”

However, he also advised that there is no point in using genomics unless you act on the information.

“Genetic testing is only part of it. Genetic selection is key.”