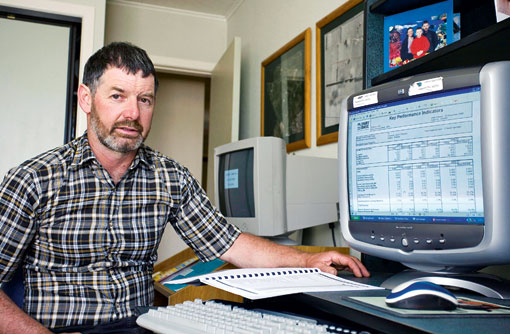 Winter has now turned wet and cold necessitating the removal of cows from pastures to minimise damage. Soil temperatures are now below 5C. Cow condition is good overall.

Andy and Trace have managed to keep improvements under way on their unit, planting flaxes and painting ugly parts of the farm dairy. The same cannot be said of the home farm. I have spent too much time helping mediate disputes between farmers and staff and assisting farmers with their cashflows.

I’ve worked at encouraging Fonterra farmers to vote for the Trading Amongst Farmers (TAF) proposal. The co-operative became bitterly divided by those who can see the commercial sense in creating permanent capital and a stronger co-operative by shifting the risk from “lost share-backed milk” from the collective to the individual leaving. The contrary position was that the current structure has historical served us well and “if it ain’t broke, don’t fix it”. Despite commentary, shares cannot be owned by non-suppliers. The vote gives Fonterra the mandate to proceed and pursue a strategy of maintaining it’s relevance globally.

Other issues include my involvement in the local river catchment. This involves encouraging farmers to be on the path of continual improvement around resource use and efficiency through programmes such as Dairy Push, and also educating the public and regulators about just how much farmers are already doing and the real gaps in science to assist us. Dairy Push is a three-year programme specifically designed to help farmers both increase and maintain profit while reducing their “footprint”.