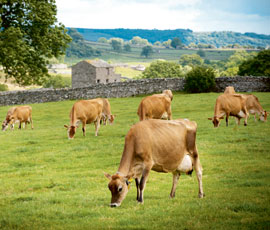 Livestock farmers will be given a greater say on animal health and welfare policies, the government has announced.

A new Animal Health and Welfare Board for England will see recommendations made directly to ministers, farm minister Jim Paice said on Tuesday (26 April).

The board will bring farmers together with vets, animal welfare experts, civil servants and the government’s chief veterinary officer.

It will make direct policy recommendations on policy affecting the health and welfare of all kept animals, including farm animals, horses and pets.

“This is a completely new way of working,” said Mr Paice.

“It replaces the old ways, where the people most affected by decisions were kept at arm’s length from policymaking on those subjects.

“This is about the Big Society not just existing in our communities, but in the heart of government – helping to put the decisions in the hands of those who are doing the work on the ground.

“We’ve already seen the success of a partnership between farmers and the government with the work that’s been done on bluetongue, which has seen the disease virtually eradicated in this country.”

Final decisions on animal health and welfare policy will remain in the hands of government ministers.

The board will consist of about 12 members.

It will include five senior DEFRA officials – including the chief veterinary officer – and up to eight external members, including a chairman.

External board members will be required to have knowledge and experience of kept and farmed animals.

The board’s responsibilities will include:

• developing of key policies and how they should be funded

• determining the surveillance and research priorities

• considering what, if any, charging mechanisms should be introduced.

Rather than being set up as a non-departmental public body or arms-length body, the board will form part of the internal structure of DEFRA.

The government plans to have the board in place by the second half of 2011.