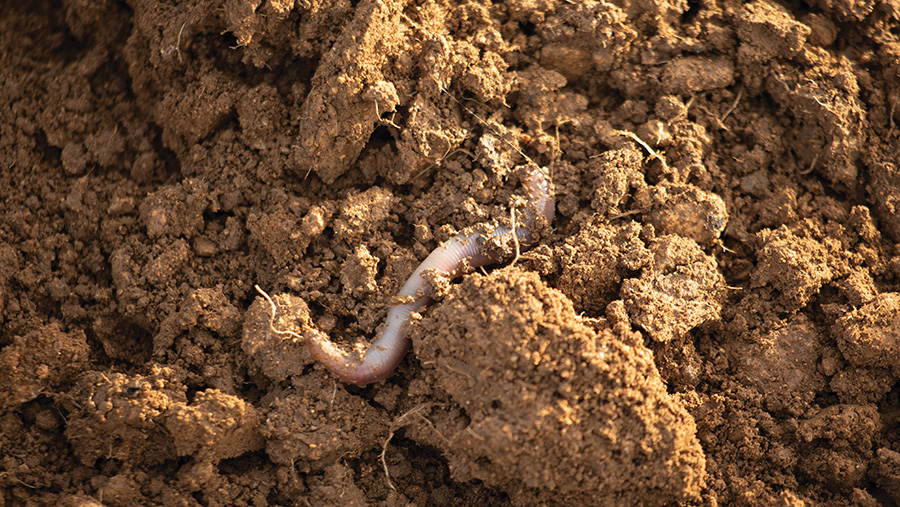 To understand the biology and physics of soil, scientists at Rothamsted Research have been exploring aggregate at microscopic levels of 100 microns (one thousandth of a millimetre) or less using x-ray computer tomography.

Such close observation is needed because carbon is sequestered at this size of pores, and the water-holding capacity of soil can be seen at this level, explains Andrew Neal from the department of sustainable agriculture sciences at Rothamsted.

At a recent Maize Growers Association conference, he set out what they have learned so far.

1. Soil structure is crucial to soil fertility and efficiency

There is a strong relationship between the total amount of organic carbon (OC) in soil and the connected porosity – the degree to which pores are connected and have the capacity to hold water.

You can only generate so much connected porosity, and all soil will have its limit.

Hydraulic conductivity is the ability of a soil system to move nutrients around for plants or to move oxygen for microbial processes.

A soil that is low in connected porosity and hydraulic conductivity has a very high anoxic volume (lack of oxygen), even in dry conditions.

“Highly connected pore space not only stores water for resilience, but also controls the amount of oxygen that governs microbial activity. We can trace all of this  back to the amount of organic carbon in soils,” says Prof Neal.

The sequencing revolution that has taken place in the past 20 years has enabled scientists to get a much better understanding of soil microbiology.

The soil structure is influenced by the genes and organisms present in the soil.

“If you feed that soil carbon, you generate a good, open structure that stores water, stores nutrients and moves them around effectively, and is very aerated. If you don’t put a lot of carbon in there, you end up with a soil that is very poorly connected, doesn’t hold much water, doesn’t store a lot of carbon and the organisms have to revert to anaerobic processes, which are negative for efficiency and climate change.

“We can see how the abundance of genes that drive important processes – particularly for agricultural production – evolve in response to these physical changes that are coming about by our management of carbon,” adds Prof Neal.

One example is dissimilatory nitrogen metabolism ­– when microbial processes switch from using oxygen to nitrogen – which drives nitrous oxide release from soil into the atmosphere. This means nitrogen doesn’t get to the crop and causes a warming effect. The number of genes present in a system that drives this process is much higher in poorly connected, bare fallow and arable systems than in grassland.

Broadbalk – one of the oldest continuing experiments in the world, which tests the effects of inorganic and organic fertilisers – shows using farmyard manure as nitrogen changes the way nitrogen is partitioned in the soil.

Rather than losing a lot of nitrogen, nitrous oxide emissions are lower and increase the accumulation of nitrogen in soils where farmyard manure is spread.