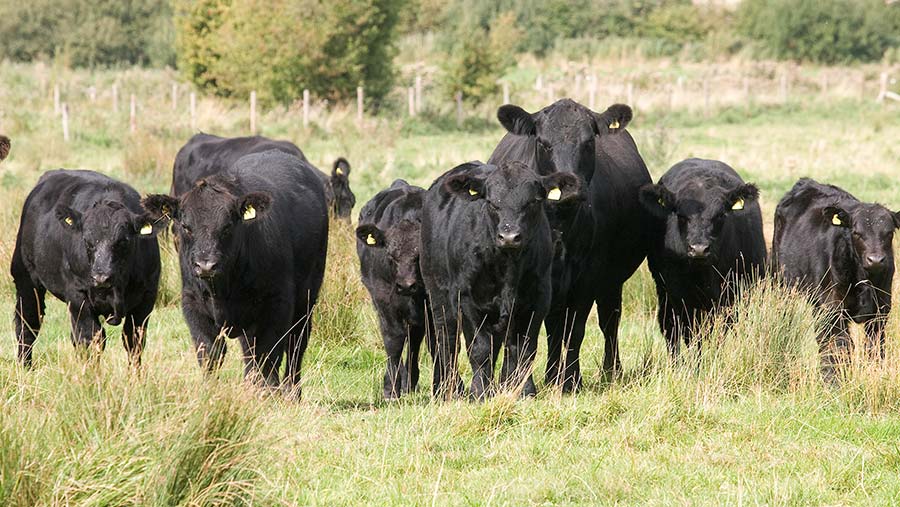 Somerset beef farm Matt House is set to increase kilogrammes of beef produced per hectare by 23% and lift gross margins 30% in the next two seasons.

Alongside undertaking soil assessments, he has produced nutrient management plans and reseeded fields on the back of the results.

He also began rotational grazing and measuring sward covers using AgriNet. All this has already helped him lift cattle numbers from 121.

See also: How to set up rotational grazing on your beef farm

But his appetite to increase profits saw him turn to the pasture planning tool Farmax  to glean how his grassland management could be developed further.

His overall goal is to build a sustainable, financially self-sufficient farming system and produce a pre-subsidy surplus without increasing labour requirements. 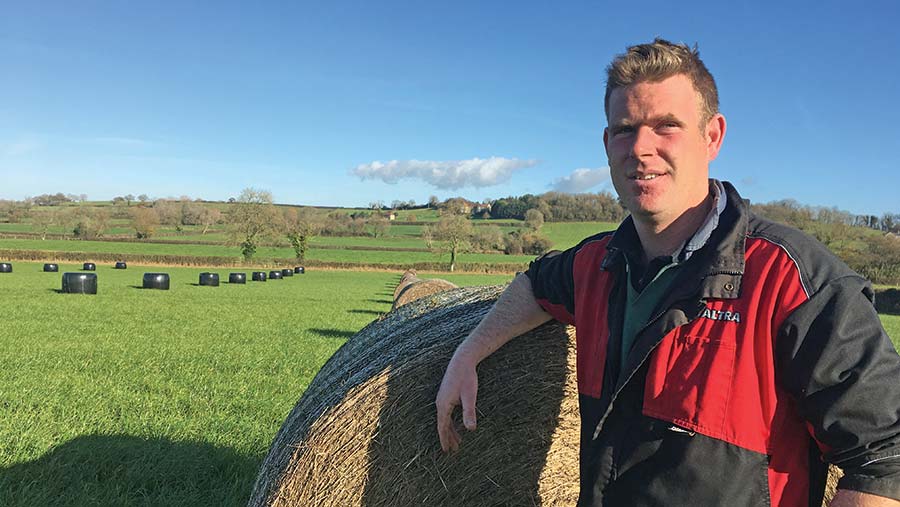 “I was keen to find out what the potential for my business was and assess where it is now and where I want to be in the next three years,” explains Mr House.

He wants to lease less land while building up numbers of mixed-age cows and youngstock.

Along with Mr Keeys, he developed a series of models for the farm, looking at system transitions and different options, to see how this may plan out.

How the tool works

The first step was to build a base model for the 2017-18 season, explains Mr Keeys.

Grass growth data from AgriNet was entered into the model, along with recorded animal numbers, mating details, and liveweights. This was finished oﬀ with the cropping, fertiliser, feeding and financial information to develop a full farm system model.

Numerous variables were tested in different combinations, including:

The idea was to choose the system that would optimise output within the farm’s physical limitations, explains Mr Keeys.

The resulting pasture cover forecasts now have a lower annual average, but reflect a farm system with improved pasture use efficiency and quality , explains Mr Keeys (see “Improvement in pasture” for results).

“The model shows there will be an additional 1,442 kg DM/ha available a year.”

Meanwhile, gross margins will increase from 11.8p/kg DM to 12p/kg DM. This increase is relatively small because of the higher amount of pasture being produced, explains Mr Keeys.

“When considering how many more kilogrammes of dry matter is produced in the system – and that gross margin has also slightly increased – it reflects significant improvement in performance,” he says.

Mr House says the software has enabled him to test out his future plans to allow him to make the best decisions.

“I now have increased confidence in the system I’m developing.”

The next task is to test grass growth physical limitations to provide valuable information about stocking and production limits.

With the 2019-20 forecast already showing a strong pre-subsidy financial performance, it will be interesting to see just how much more Bowden Farm can enhance its productivity and profitability.

Farmax is a feed and farm planning software tool. It was originally founded in New Zealand, but AHDB senior beef and sheep scientist Liz Genever has been working with developers to help create a UK version.

It allows farmers to record grass growth rates and supplements fed and build up a picture of what’s happening on farm. Scenarios, such as increasing stocking rates, can then be modelled to see how they will work.

Dr Genever says: “Tools such as Farmax can be useful to help producers make decisions when increasing their reliance on grass and forage, as supply and demand will change throughout the season. It also allows systems to be checked to understand how much of the potential has been reached.”