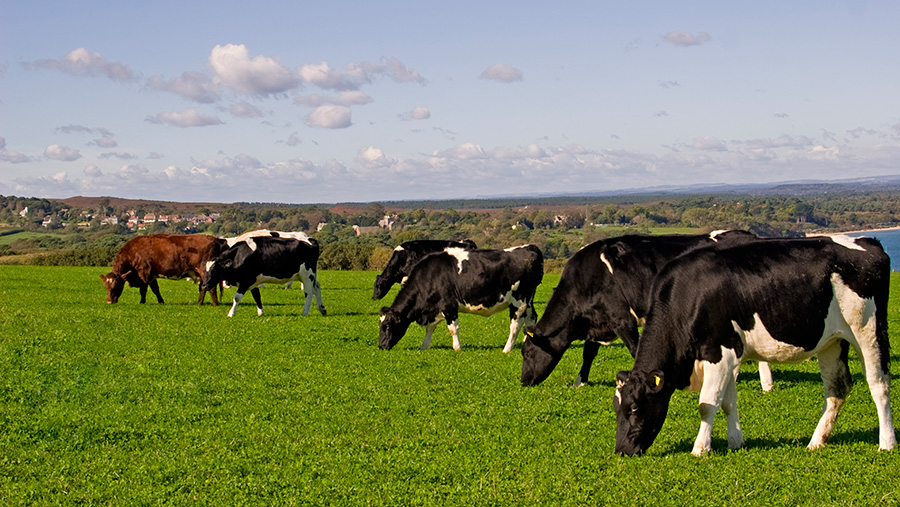 Improvements of just 10% in both UK grass yield and quality would aid the production of an additional £1bn worth of meat or milk, according to a leading seed producer.

Speaking at a press briefing held by Monsanto and DLF at the latter’s breeding and trial centre in Winchcombe, Gloucestershire, DLF managing director Tim Kerridge said a “small difference” in yield can make a “massive difference to the actual sellable commodity coming off the farm”.

“It’s a huge amount of money when we’re talking about the current economic situation,” he said.

See also: How a spring reseed could boost grass performance by 20%

With UK rotational grassland less than five-years-old performing at just 60% of its potential capacity, British farmers stand to benefit significantly from reseeding, he added.

He said while most farmers agree with the principle of reseeding, many fail to take action.

Citing the results of a recent survey, Michael O’Donovan, a grassland specialist at Teagasc, told delegates that about 75% of Irish dairy farmers reseed their grass, with 50% reseeding regularly and 25% infrequently.

With the remaining 25%, some had never changed the swards, despite changing their herds every six or seven years, he said.

He recommends that farmers reseed 5-10% of grassland each year to realise the true benefits.

Farmers would typically recover the cost of reseeding, which he estimated at €600/ha (£470/ha), within two years, he said.