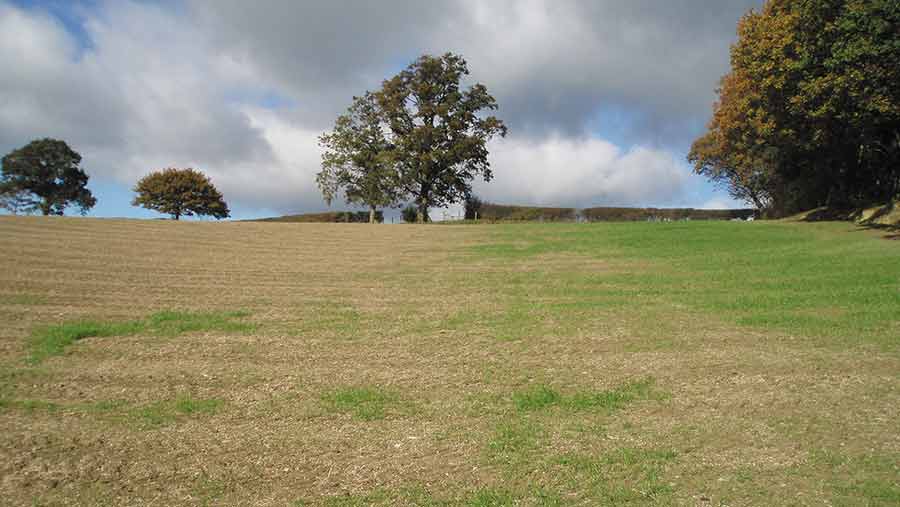 Fritfly damage in a grassland reseed

From 1 April 2015 the use of all chlorpyrifos-ethyl products, which have previously been used to control pests such as leatherjackets and frit fly (see “The restrictions”) that attack new grass reseeds, cannot be used on grassland.

Despite fears over the effect of the restrictions, grass specialists say the threat can still be minimised through effective cultivation and the strategic use of break crops.

See also: How to hit protein needs when outwintering ewes on brasiccas

“These pests can devastate new leys if not controlled, but the risks can be avoided through effective cultivations and the use of brassica break crops,” says Helen Mathieu of Germinal.

She says the use of fast-establishing hybrid brassicas or kale have the added benefits of providing an additional source of high-quality grazing and reducing the effect of any forage shortfalls between leys.

This can be timed to provide late summer, autumn or even winter grazing for cattle or sheep.

“Ploughing and cultivating in summer, and sowing a break crop, will disrupt the lifecycle of the crane fly and is known to reduce leatherjacket populations by 50%,” adds Ms Mathieu.

“In a similar way, the risk of frit fly damage can be minimised with the use of break crops, particularly when the period between planting and utilisation is at least two months.”