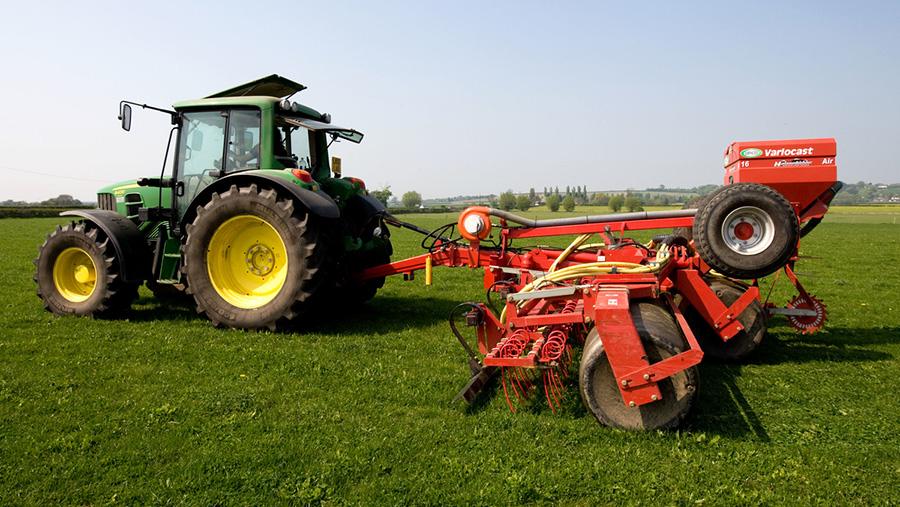 UK farmers will be forced to look further than traditional grass breeds, such as perennial ryegrass, as climate change continues to affect British weather patterns.

Speaking at a press briefing held by Monsanto and DLF at the latter’s breeding and trial centre in Winchcombe, Gloucestershire, Rod Bonshor, the seed producer’s UK forage grass products manager, said grass species other than perennial ryegrass will begin “to come into the picture.”

Extreme weather, as seen in recent years with high rainfall and flooding in Somerset and Cumbria, mean British farmers will need “different species to cope with the different conditions we’re going to get,” said Mr Bonshor.

“We already see these massive oscillations in weather, where there’s torrential rain or nothing at all.”

“We thought originally that the main advances we would need would be in drought, heat tolerance, disease resistance, things like that.

“But now, what we’re seeing is that we want to be looking at lower levels of sunshine, greater levels of moisture, flooding.

“It’s no coincidence that we’ve been doing flood renovation mixtures for places like Somerset.”

Mr Bonshor said that “in a normal year” with good soil condition and adequate rainfall, ryegrass, which accounts for about 85% of grass seed sown in the UK, is the most productive and nutritious species.

But he said with weather becoming more extreme, farmers would need to be able to select varieties to suit climatic conditions on their farms.

By combining the benefits of perennial ryegrass with those of tall and meadow fescues DLF has developed a breed of grass suitable for the varying conditions seen in different parts of the UK, he said.

DLF’s Festulolium breed was originally conceived to deal with what they predicted would be Mediterranean conditions. It combines the “vigour, persistence, stress tolerance, winter hardiness and high forage quality” of perennial ryegrass and tall and meadow fescues.