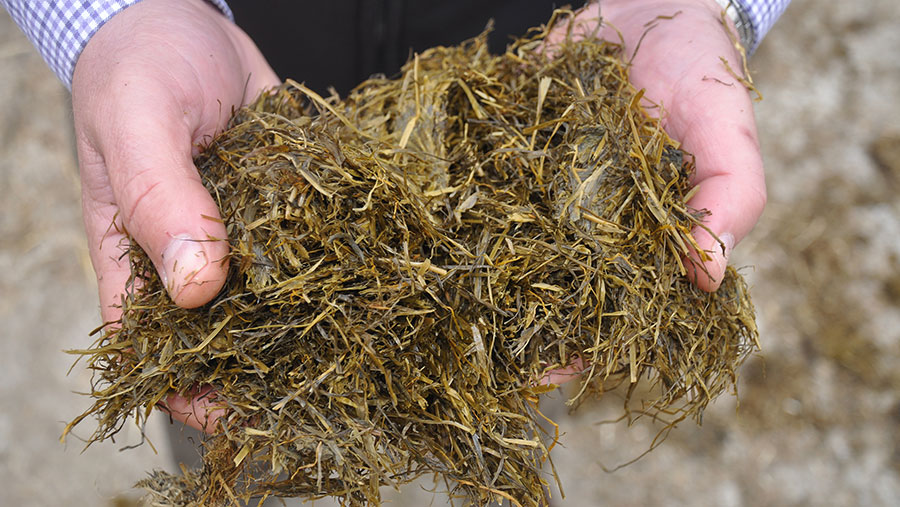 Livestock farmers could be making more from their home-grown forage after recent surveys highlighted shortcomings in reseeding and silage-making techniques.

Out of 560 UK livestock farmers taking part in the 2016 Forage Use Survey, only five stated they were reseeding more than 10% of their grassland each year.

This is despite respondents ranking forage as one of the most important factors in their long-term farm business sustainability.

Rate of reseeding below where it should be

According to Ben Wixey, national agricultural sales manager for Germinal GB, the rate of reseeding grassland is well below that required to maintain swards in anything close to maximum productivity.

“Only one in five of the livestock farmers taking part in the survey stated they were reseeding more than 10% of their grassland each year, and almost half were reseeding less than 5% each year.

“This clearly points to significant lost potential, but more importantly a great opportunity for the industry to do better.”

These results were echoed in a separate survey of more than 100 dairy farmers, said Derek Nelson, product manager for Volac.

The Volac survey found, that despite concern about milk price and feed cost volatility and with 90% of farmers rating greater use of grass silage as extremely or very important in reducing bought-in feed costs, there were worrying shortcomings in silage-making techniques.

“But if farmers are to genuinely increase milk production from home-grown forage and reduce bought-in feed use, it will be essential to address these shortcomings.

“More than 80% of dairy farmers in the survey were looking to reduce bought-in feed costs. However, UK silage quality does not seem to be improving,” he added.

Mr Nelson said the survey found nearly one in five farmers were cutting first-cut grass either at heading or afterwards.

Although this increases yield, it compromises quality, and therefore potential milk production, he said.

“Similarly, nearly 80% of dairy farmers in the survey were wilting for 24 hours or longer. But the objective should be to wilt as quickly as possible to 28-32% dry matter, which may take less than 24 hours. The longer you wilt, the more vital sugars are lost.”

More worryingly, Mr Nelson said the survey highlighted some poor understanding of fermentation to preserve grass silage – with only 40% of farmers recognising that a good fermentation converts some of the crop’s sugars into acid, and nearly a quarter not recognising that it was important to exclude air.

Mr Wixley stressed the importance of starting with the right raw material, something that can only be achieved if swards are in the best possible state.

He pointed out that under most circumstances, reseeding offers a rapid return on investment.

“Reseeding more regularly will ensure more of the grass being harvested will be the original-sown species, as opposed to weed species, so there will be a tangible increase in the value of the crop,” he said.

“Even assuming quite modest increases in dry matter and D-value, the extra performance achievable from the higher quality forage will often pay for the reseed in the first year.”