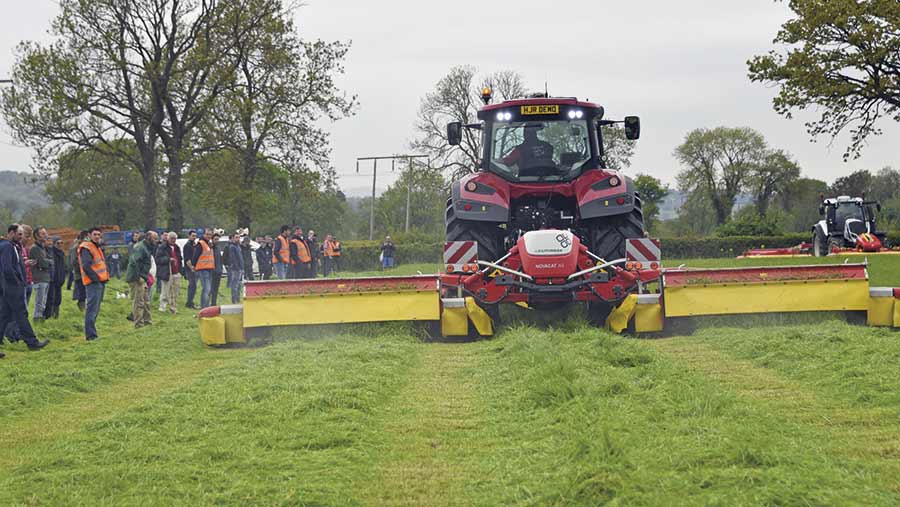 The short, five-month grass growing season that Finnish farmers face will strike a chord with many UK counterparts following one of the toughest spring growing seasons on record.

Yet progressive farmers in the Scandinavian country have doubled grass yields to more than 10,000kg DM/ha in the past five years, overcoming hard winter frosts of -10C and heavy spring rainfall.

Proagria national grassland consultant Anu Ellä told delegates at the Royal Welsh Grassland Event that the grass growing season typically ranged from 1 May to 19 October in the south and 9 June to 29 September in the north, with many fields resembling a mud bath as close to six weeks before cutting.

“In five months we have to produce all the silage for the next year so we have to be effective and we can’t have a lot of waste,” she said.

Ms Ellä explained how progressive Finnish farmers were working together in discussion groups to overcome these challenging growing conditions.

She highlighted a group of 10 dairy farmers she is working with who have doubled grass yields from 5,480kg DM/ha annually to 10,425kg DM/ha, on average, in the past five years (see Table 1).

Meanwhile, tetraploid perennial ryegrasses, alsike clover and white clover are over-sown in the spring to replace that lost to winter kill and increase D-value and palatability of second and third silage cuts.

Improving sward density by adjusting cutting height to 10cm protected grass from frost and aided regrowth, Ms Ellä said. “Even soil surface of silage ground decreases the yield losses caused by ice damage and we don’t mow in the autumn,” she explained. “Good density going into the winter prevents problems the following year and grass grows at 350kg/day before first cut.”