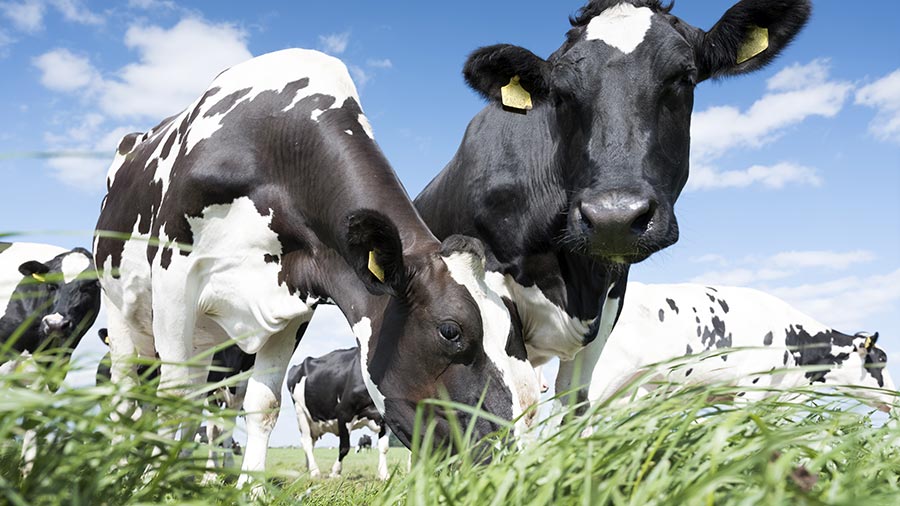 A Northern Irish study found margin over feed was £26 a cow greater for cows offered pasture access over a 100-day period.

This was despite a 12% fall in milk yield and cows only supplementing a total mixed ration (TMR) with 5kg dry matter (DM) a cow a day intake of grazed grass.

The study, which took place on the high-yielding herd at the Agri-Food and Biosciences Institute (AFBI), builds on research at the Agriculture and Food Development Authority (Teagasc) at Moorepark, County Cork.

This earlier research found robotic visits and pasture intake can be sufficient in systems combining robotic milking and grazing.

See also: How a dairy farmer has integrated robots and grazing cows

AFBI dairy and grassland researcher Dr Debbie McConnell stressed that, even with low grass intakes, enough was eaten to affect feed cost and show a benefit in margin over feed.

“Even now with the higher fertiliser prices and ammonium nitrate at £600/t or £700/t, high-quality, well-managed grazed grass remains the best feed we have,” Dr McConnell told Farmers Weekly.

How the study worked

Cows were split into two groups. One group was offered access to pasture through an automatic grazing gate and the other was housed continuously through the summer of 2021.

Pasture was allocated into a morning block and an afternoon block, and each block was split into 24 paddocks.

One paddock in each block was grazed daily. Two electric fences were set up for each paddock each day.

A feed cost was calculated that included all costs of forage production and the TMR cost, and a milk price was calculated from yield and milk constituents.

Milk constituents fell in the grazed group, but this was not statistically significant, said Dr McConnell.

Of the farms surveyed, 62.5% grazed the primary milking cow group through the summer prior to installation. After installation, 67.7% provided forage through silage and TMRs and did not graze the main group of cows.

But Dr McConnell said that a growing body of data could convince farmers to persist with grazing if making the switch.

“Milk from grass is good for the industry’s image,” said Dr McConnell. “Consumers like to see cows grazing in summer.

“We can show more margin and an economic reason for grazing, and we also know that milk from grazed grass has higher levels of vitamin D and polyunsaturated fatty acids, so it produces a better product. There is an economic and environmental win here.”