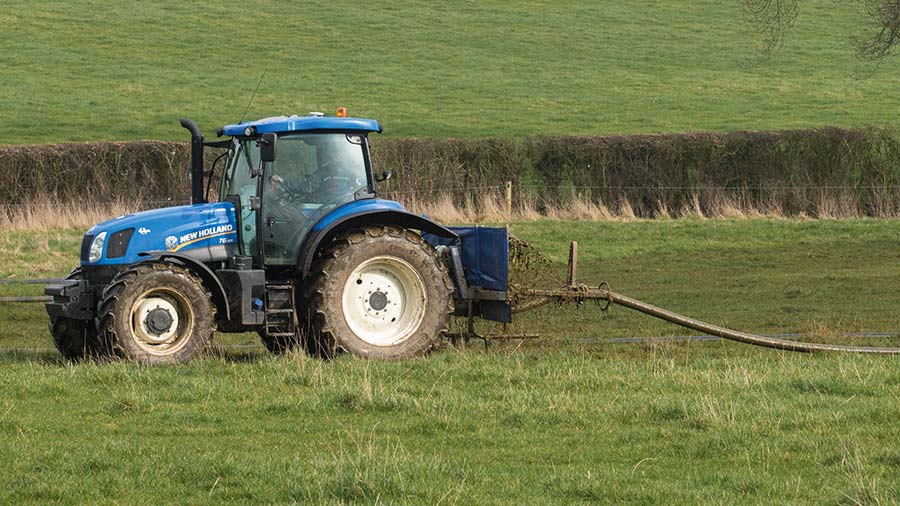 A rise in fertiliser costs of more than 200% since the end of 2020 has left many farmers asking whether they should look for alternative ways to maximise output from their grassland.

According to AHDB knowledge exchange manager Sarah Hurford, a first step is a partial budget to calculate the impact of not applying their usual fertiliser rate.

The second step is to work out how much extra feed may need to be bought in if less forage is produced.

“For some farmers, buying in that extra feed may not be reasonable and it may be more cost-effective to purchase fertiliser to safeguard yields,” says Ms Hurford.

See also: How to get the best from red clover in grassland

“That’s when decisions need to be made about whether imported ammonium nitrate (AN) at £638/t is justifiable.

“Or, whether other options need to be considered. It’s important to understand how much is justifiable in the short-term without impacting the rest of the business,” she says.

Ms Hurford says farmers who have some fertiliser stock left over from last year may be able to look at incorporating legumes into their pastures.

“There are many benefits from having reduced fertiliser applications if you can make up protein levels from legumes. However, it needs to suit the farm system,” she suggests.

Legumes used on grazing systems include white clover and sainfoin, and for silage, red clover. Beans and peas are also effective legumes when used as a break crop.

“Legumes help build nitrogen in the soil, staying around for one to two growing seasons. However, they are not suitable for every farm, such as upland units,” she says. 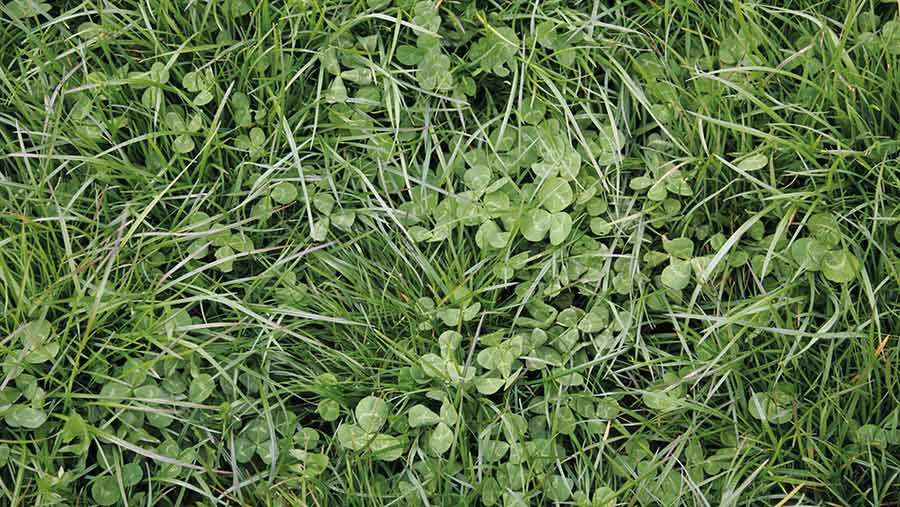 Sarah Lea, a consultant with P+L Agri Consulting, says some farmers may be pleasantly surprised by the yields they can achieve without using the usual fertiliser volume on their grassland this spring.

Mrs Lea says: “Farmers are often using fertiliser at the rates they have always used, rather than considering the crop’s requirement.

“If we look at organic farmers, they are achieving grass growth rates of 12t/ha of dry matter (DM) [5t/acre DM], for example, without any artificial nitrogen. Therefore, it is possible to do this off slurry and good grazing management alone.”

She predicts: “Even if fertiliser prices do drop, there will be more of a focus on better manure management with the future legislation to come.”

At the end of last year, the government consulted on urea-based fertilisers.

Updated guidance on the application of manures under the Farming Rules for Water has been promised by early spring.

Mrs Lea says farmers should be soil-testing their farm regularly to see what nutrients are required on a field-by-field basis.

She also advises farmers to test their slurry and urges producers not to view it as an inconvenience.

Instead of this approach, she encourages farmers to establish the requirements of the field and manage nutrients accordingly.

She also suggests farmers compost their farmyard manure (FYM) to make more from it.

“A lot of FYM could be used more efficiently than just ploughed into the ground,” she explains.

Manure can be turned into a valuable compost by gathering it in rows and turning it every four to six weeks. The FYM can then be ploughed back in or scattered on the land in the autumn, Mrs Lea explains.

Five tips on making the most from grassland 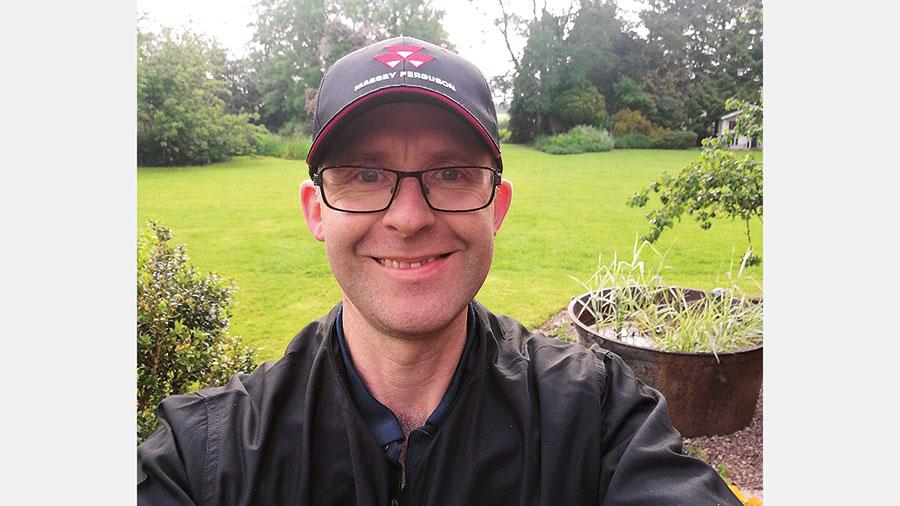 Dairy farmer James Chatham of Brockton Grange, Shifnal, has been running an organic farm in partnership with his parents for 22 years.

Prior to this, the farm was run conventionally with cows milked year-round.

Last year, Mr Chatham averaged 12t/ha dry matter (DM) (5t/acre DM) off his grassland, which he achieves by targeting nutrient use when and where it is needed.

This is split up into 42 paddocks of about 2-3ha (5-7.5 acres) and grazed for 10 months. Agrinet is used to plan grazing, with weekly grass covers inputted from spring onwards.

The grazing length in each paddock depends on covers, with split fencing used to manage the paddocks when needed.

The shortest grazing round averages about 25 days. When grass growth exceeds 80-100kg DM/ha (32-40kg DM/acre) a day, the paddocks are shut up for silage.

Cows are yielding 5,700 litres, with 4,200 litres produced from forage. Most paddocks are mown before grazing to prevent bloat, owing to the amount of clover in the mix.

Contractors apply slurry or dirty water once a fortnight during the summer on freshly grazed paddocks.

An underground umbilical pipe system runs from the lagoon into the centre of the grazing platform, saving time.

It also lessens the risk of compaction by reducing the number of wheelings on the paddocks.

“Slurry or dirty water are critical to our system; without it, we wouldn’t get the volume of forage we need,” says Mr Chatham.

“The umbilical system means we can now apply slurry to the majority of paddocks without a great deal of set-up,” he adds.

Slurry bugs are added to the lagoon to prevent a crust forming and improve the nitrogen value of the slurry.

Mr Chatham has also applied liquid seaweed to the grassland to help the root system and encourage growth.

Cows are housed throughout the winter producing about 2,000t of muck, which is composted down every year.

Farmyard manure (FYM) is placed in rows and then turned with a loader every six weeks.

After six to 12 months, when the FYM has composted down, it is spread on the grassland in the spring or autumn.

Full reseeds are rarely conducted now, with most paddocks overseeded every one in four years. The mix used to overseed contains up to 5% clover and 1% chicory.

Mr Chatham has bought in organic chicken manure when the farm’s muck has been reduced, to maintain nutrients.

He believes applying nutrients regularly throughout the grazing season is paramount to achieving good forage yields.

“If we had the time and money to buy our own tanker, we would apply slurry or dirty water weekly throughout the grazing season,” he says. Slurry is mainly applied using a dribble bar or trailing shoe.