Soil testing is underpinning efficient grassland and crop production, with potential yield increases of up to 50% achieved from rebalancing low pH levels.

Grassland specialist Charlie Morgan says every crop needs a certain level of nutrients to grow, but farmers need to be aware of what base they are starting from.

Soil testing can cost as little as £10 a field and provide farmers with information on pH, phosphate, potash and magnesium levels.

Once these are known, a nutrient management plan can be developed to properly administer the nutrients that are generated on-farm and to establish precisely how much manufactured fertiliser is needed to balance them.

The yields and nutritional quality of forages will be improved if soils have the right balance of nutrients, but fields on farms that have no testing programme in place are likely to be under-performing.

Mr Morgan outlines targets for the various nutrients and explains why they are fundamental in grass and cereal production.

Correct pH is a fundamental requirement for a plant to fully access all nutrients, including trace elements, says Mr Morgan. 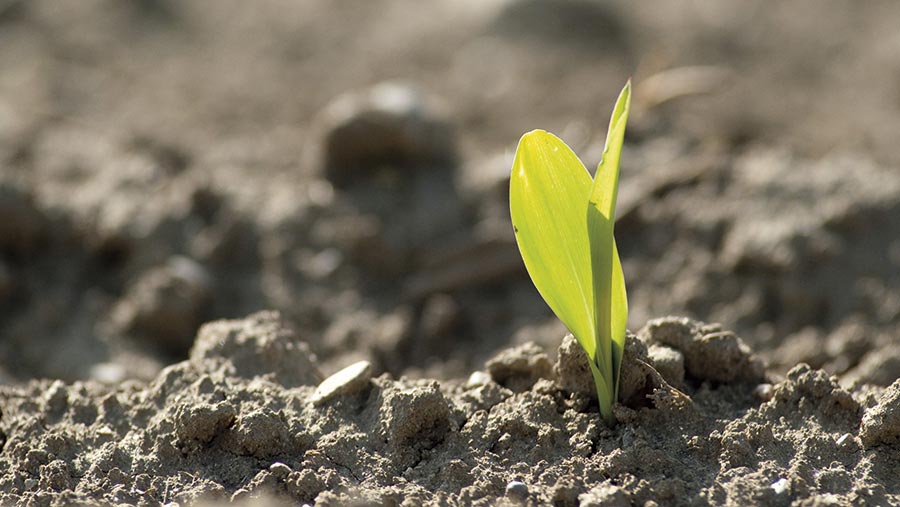 “Reserves are depleted by rainfall and the application of manures and fertiliser and this increases the acidity as time goes by.

“The pH should be 6-6.5. Under 6 and there is a sliding scale of reduced performance.”

Index 2 is the ideal for phosphate and potash. In situations where index levels are below target, species including Yorkshire fog and creeping bents will dominate ahead of better-quality grasses such as perennial ryegrass.

Twist a soil corer down to 7.5cm and collect 25 samples in a “W” pattern, avoiding gateways and feeding areas. Include fields that underperform and those that are going to be reseeded.

Also include fields that receive high volumes of muck or slurry or where perennial ryegrass content is noticeably declining. Seal soil in plastic bags and label.

Send samples to the soil laboratory. This is often done through a local co-op, a fertiliser merchant or an independent company.

There can be a difference of 10 D-value points between high-quality species and the less productive species.

This equates to a difference in grazing or silage of 12ME compared with 10ME, significantly affecting animal performance and profitability.

“For potash, every index point below 2 is potentially losing about 20% of your dry matter, and the nitrogen applied is not utilised,” Mr Morgan explains.

“High levels of phosphate can be an issue on dairy farms because of an over-application of slurry. When this is the case, identify new areas to apply the slurry or grow hungry crops such as cereal.”

How often should you soil sample?

Mr Morgan recommends a programme of soil sampling every three years on dairy farms and intensive beef systems because of higher nitrogen use on these enterprises – and every four to five years on other operations.

“Testing is important. There is no point reseeding if the pH is low; equally, it will be money wasted if fertiliser is applied to soils that have adequate phosphate and potassium.

“With the right soil nutrients, farmers can improve the yield of higher-quality feed, thereby reducing the amount of bought-in feed and ensuring more fertility and growth targets are met off grass and legumes alone.”

With only 30% of the soils in Wales, for example, thought to be where they should be in terms of pH, Mr Morgan urges farmers to take a different approach.

“Many dairy farmers have taken their eye off the ball on the amount of grass they can grow, because when the milk price was high it was economically viable to produce milk from concentrates.

“Nitrogen usage has significantly reduced over the past 10 years under these systems and now, with such volatile markets, there is a greater need to look at production costs, which for many are cheaper on grass – and this starts with soils.”

Mr Morgan believes farmers do not appreciate that addressing chemical imbalances really can make a difference to production.

Soil testing is regarded as the best tool farmers have for planning profitable fertiliser applications.

Farmers should take account of the nutrients in manure and relate this to the crop requirement before deciding what fertiliser to buy.

“It might be quite different from what has been done before,” Mr Morgan suggests.

The benefits of testing include a targeted approach to nutrient management.

“Farmers could not just potentially be saving a lot of money on their purchased fertiliser bills but they could be better at using the resources they produce on farm – their slurries and their manures.”

Over-application of farmyard manures and slurries, which kills worm populations, is a problem on many farms. “It is vital to use a flowmeter when pumping out slurry so you know how much you are putting on,” Mr Morgan insists.

“It is important that applying higher inputs is done in a structured way, to maximise production and to avoid jeopardising the environment.”

He warns that an analysis of the chemical composition is only really useful if the physical structure of soil is good.

“You can have a perfect chemical analysis but if soils are damaged and compacted, nutrients are not necessarily getting access to the root structure.

“We see an awful lot of farmers getting a response from applying compound fertiliser because they are applying it to the surface but, because of the poor soil structure, a lot of it is not getting to the root structure and is possibly running off into watercourses – and potentially causing pollution.”

A company that provides soil-testing services should provide farmers with recommendations for nutrient application based on those results, provided they have been given information on the previous crop grown in that field and the crop that will follow.

“If uncertain, use consult a FACTS-qualified adviser,” says Mr Morgan.

A regular programme of testing soils at Pencwm Farm provides suckler beef producers Berwyn and Heledd Lloyd with the information needed to match nutrient inputs to the requirements of grassland and crops.

The couple, who run a spring-calving herd of 140 Continental-cross cows, have had their soils analysed every three years for the past 35 years, using the result to rebalance nutrient levels on the 500 acres (202ha) they farm. 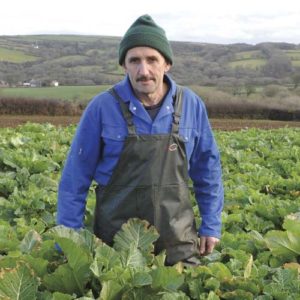 The coastal farm near Moylegrove, Cardigan, is predominately grassland but 120 acres (49ha) of winter barley and fodder beet is grown, both for selling and for feeding youngstock.

The Lloyds run stock outside for all but six weeks of the year, achieving this by winter-grazing the herd on 30 acres (12ha) of forage kale with no silage or straw supplementation.

Cows are out-wintered from November for 10 weeks, until they are housed at the end of January before calving. Calves are reared as stores and sold at Brecon market.

“Kale is a hungry crop for phosphate so we have to make sure we put enough back for the spring barley and the fodder beet,” says Mr Lloyd.

The soil is mostly loam over shale.

They aim to keep the potash and phosphate indices at 2 and lime at 6.5-7 but the soil test results sometimes point to shortfalls.

In total, 20 samples were taken in the autumn and the results showed that 80% of the soil had the correct level of nutrients.

“In this part of the world, it is usually the lime that is below where it should be. Sometimes we get high levels of potash if we have been spreading a lot of slurry, while some are deficient if we having been cropping a lot of silage,” Mr Lloyd explains.

He says it is a short-sighted approach to not prioritise soil testing. “We test to get the best out of our soil. You will never achieve productivity if you don’t keep indices in the right place.

“Although there is a cost to the job, it is cheaper in the long run because you are adding nutrients in the right quantities and growing better crops.”

Farmyard manure is applied to the land used for growing cereals to boost humus levels and worm activity.

Between 30-40 acres (12-16ha) of land is reseeded annually with Aber high-sugar grasses.

A Humber slow-release 18-4-4 fertiliser is applied to grassland three times a year: 40 units at the end of February, 30 units in May and 20 units in August.

“We have a good percentage of white clover in the mix to fix the nitrogen,” says Mr Lloyd.