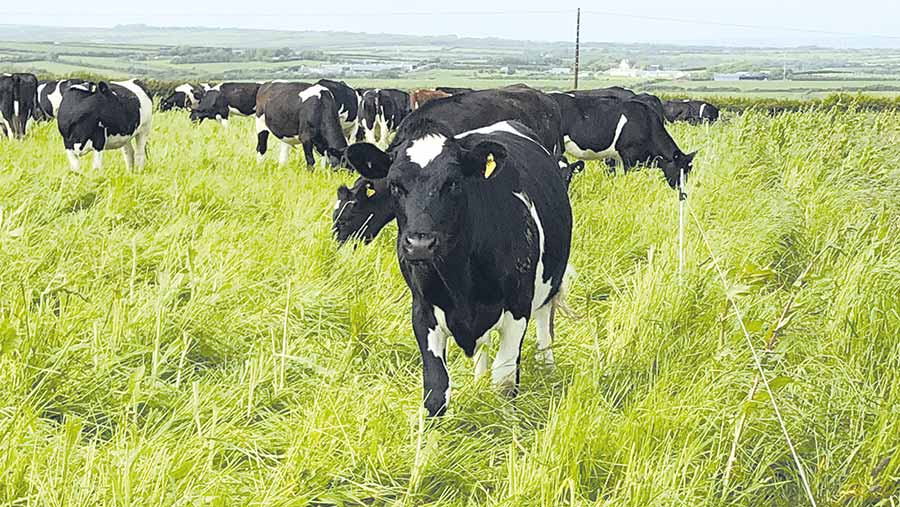 The 2022 Soil Farmer of the Year runner-up has cut fertiliser use and introduced herbal leys and new grazing methods on his Haverfordwest dairy farm.

Andrew Rees started to question the grassland management at Moor Farm, Haverfordwest, where he farms with his wife, Vicky, and mother, Jean, three years ago.

Since then, he has cut nitrogen use by more than 60% and planted herbal leys or cover crops across a fifth of the farm. 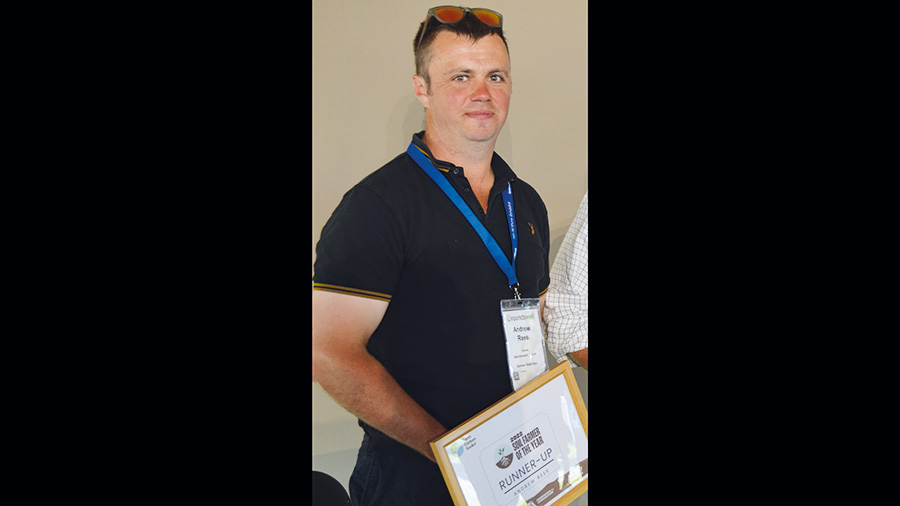 A switch to foliar application more than halved Mr Rees’s fertiliser bill between 2019 and 2021.

During that period, nitrogen use has been cut from 220kg N/ha to 86kg N/ha on the grazing platform, without a reduction in grass growth.

Fertiliser is now sprayed onto leaves, rather than being applied to soil, using a Tow and Fert machine imported from New Zealand. 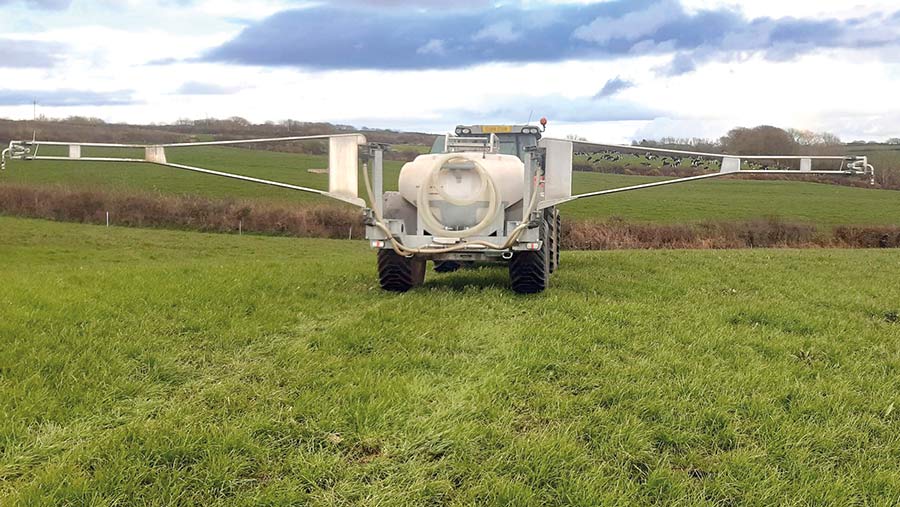 Seeing the success of herbal leys for the soil and the animals’ preference for them, Mr Rees is planting more each year.

“At the beginning of the year, 12% of the farm was down to herbal leys. We have a couple [of leys] within the grazing platform and we will get more, but proportionately, there are more across our youngstock block,” he says.

This year, a further 10% of the farm has been drilled with a herbal ley or diverse cover crop containing clover and herbs. These will be grazed in late summer before a mix of grasses is drilled into it.

“With the diversity of annuals and roots in the cover crop, the theory is that it will give the soil a reboot,” he says. 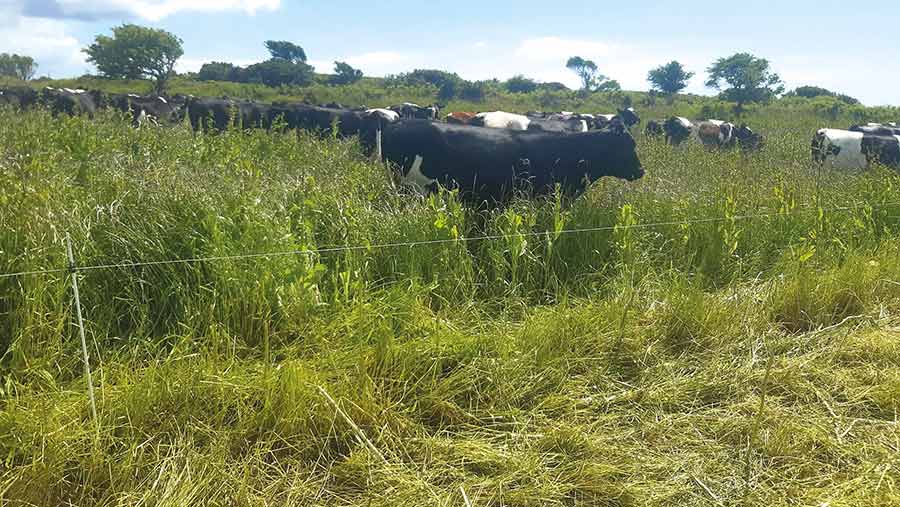 Youngstock are currently on a 42-day rotation, but if weather stays fairly dry, this is likely to be extended to 60-90 days.

Current stocking density is equivalent to about 1,100 head a hectare, with the heifers moved three times a day to get an even animal impact across the paddock.

“In paddocks that were stocked last year at high density with long rests, the soil seems a lot more friable and worm activity and rooting all look a lot healthier.

On one paddock where we did very long rests and laid down a lot of litter, production this spring with no input was quite impressive,” Mr Rees says.

He has recorded baseline measurements for the soil though Agricarbon and 3LM and plans to use these to monitor further progress.

His next step is to move cows to a longer grazing rotation without compromising grass quality or milk production and make better use of slurry management and composting.

The Soil Farmer of the Year competition is organised by Farm Carbon Toolkit and results were announced at Groundswell.