Jim and Julia Beary have transformed an upland farm by doubling stocking rates and cutting 30% off prime lamb cost of production since moving to Yorkshire.

Rotational grazing, hard work and a helpful landlord, who contributed to the cost of improving water infrastructure, have made the gains possible.

Now farming a total of 250ha of grassland, ex-Farmer Focus writer Mr Beary has fulfilled his dream of farming full-time after several years of balancing farmwork with off-farm income, which still comes in from Mrs Beary’s part-time nursing.

Now based near Sheffield, the Bearys moved to their current second tenanted farm – on a 10-year farm business tenancy – at the 140ha Ughill Hall Farm, Bradfield, in 2017. 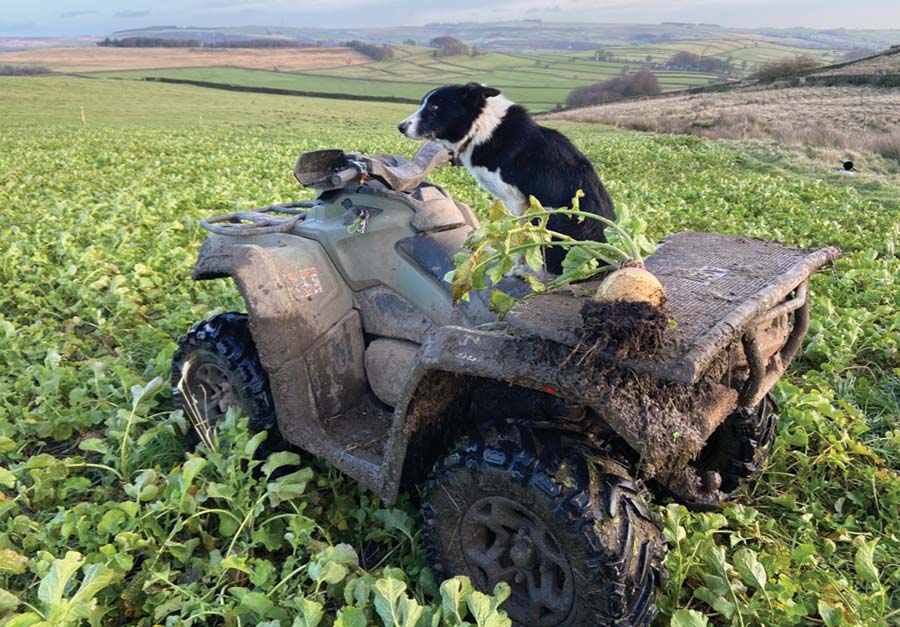 Root crops are grown at Ughill Hall to winter the ewes. No hard feed is fed all winter

The first big step for the Bearys came in 2012 when Mr Beary took on his first farm, Glen Farm near Aston, in 2012 – an 34ha county council farm.

He also contract gritted through the winter.

In 2017, the Bearys applied for a larger tenancy at Ughill Hall after a friend had seen it advertised. Equipment and 600 sheep were moved from Staffordshire to South Yorkshire.

“The farm was in good order, but it was set up for set stocking,” explains Mr Beary.

“There were only four gates on the whole farm and two water troughs.”

The Bearys borrowed money to fence the farm and increase flock numbers, buying 200 one-to-three-year-old Cheviots from South Wales in 2018. Contract growing arrangements on batches of cattle and pigs were added last year to further dilute fixed costs across more output.

Previously, sheds were only required in the spring to lamb ewe lambs and some triplets, but the arrival of 900 pigs means sheds are used most of the year. 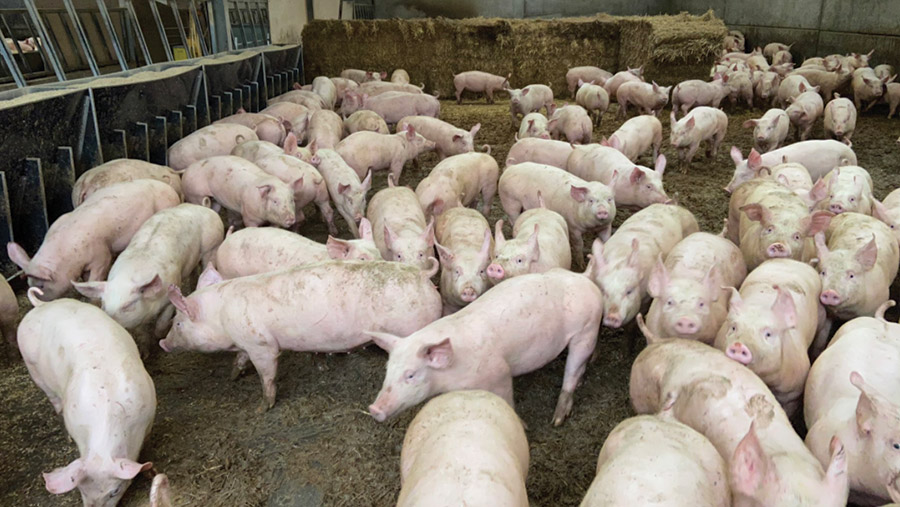 Up to 900 pigs are taken in on a contract agreement, which helps cashflow and the muck is good for soil nutrient levels

Weaned pigs arrive at 7kg and are grown to 50kg on loose-housed straw as part of the Better Quality Pigs (BQP) supply chain on a bed-and-breakfast contract. Dairy-cross cattle continue to be reared for Dovecote Park.

Cattle now arrive at about 150kg as strong weaned calves from Waitrose dairy farms and are targeted to gain 0.8kg/day over 12-14 months, taking them up to 450kg.

Apart from being built up from 1.5kg to 2.5kg a head a day of a 16CP grower pellet when housed for winter, the cattle just get silage and grazed grass until being sold to a finisher farm.

The mixture of enterprises helps with cashflow and the pigs and cattle produce P and K for the land. The cattle also help control parasites for the sheep.

A fencing overhaul at Ughill Hall has so far seen £15,000 spent on electric, semi-permanent and permanent fencing. Initially Mr Beary started by simply halving the biggest fields for grazing and then enlisted consultants Precision Grazing to map out paddocks.

Subsequent subdivision left 40-50 paddocks and required £20,000-worth of infrastructure, which was covered partly by the landlord.

Mr Beary opted for a 45,000-litre Agrismart bladder tank – enough for all stock for five days. Liming one-third of the farm has increased pH levels from an average of 5.5 to 6.

Mr Beary calculates a 30% return on investment on lime, fencing and water infrastructure. 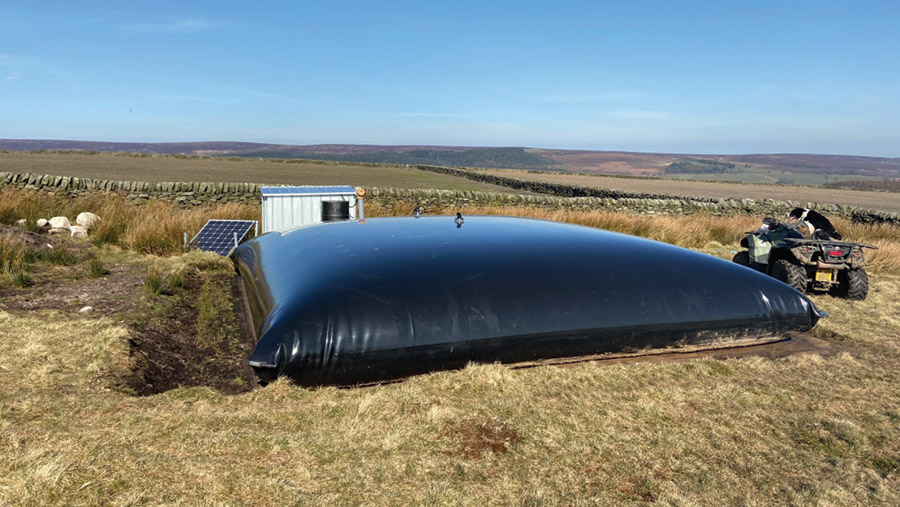 The tank is filled by a solar-powered pump from the mains, which is backed up by a diesel generator from December to March. Troughs are gravity fed

Rotational grazing on 2.5ha paddocks has improved swards. Seeds have been stitched in to diversify species – only 20ha of reseeding has taken place after winter forage swedes (plantain, Aber grasses and clover). Nitrogen use has fallen from 70-80kg/ha on the lambing paddocks to just 25kg/ha.

“Letting the sheep graze and stitching in deeper-rooting varieties such as chicory, timothy, cocksfoot, plantain and clovers has helped soil health, helped clover return and cut nitrogen use.”

Stocking rates have lifted from 90 livestock units (LSUs) to 200, not accounting for 900 housed pigs. Grass use has also lifted. The farm grew 6t/ha DM of grass last year and used 80%, compared to growing 4t/ha DM and using 50%.

This has allowed Mr Beary to run the sheep without hard feed, which, hand-in-hand with a growing flock, has seen cost of production drop by £2/kg.

Another 100 calves are arriving this spring, which will mean stocking rates will peak at a total of 200 cattle on the farm for four months until the previous year’s cattle are sold.

The farm expanded last year when the Bearys took on a 60ha ex-dairy farm 14 miles away, near Dronfield, in April 2019. The current plan is to re-establish the paddocks and water troughs at the new farm and use that as a finishing unit.

The upland farm is currently stocking at a little over one LSU/ha when accounting for moor, banks and restricted grazing, but Mr Beary says they could probably stock 20% more.

“We could expand but the plan is to make better use of what we have,” says Mr Beary, who would like to regenerative farming and possibly convert to organic.

“I am really excited by the holistic and regenerative farming principles of Joel Salatin and others.

“Whatever we do, we need to keep it simple, keep costs down and try to finish off forage, so we sell a better product at the end.”

Tips for expanding for new entrants