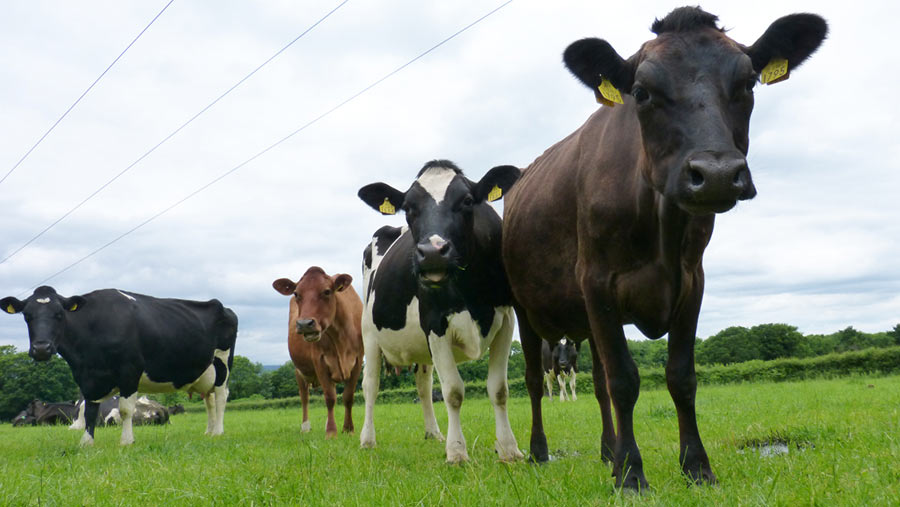 Using more than 12t DM/ha of grass in a simple system that only requires 1.25 labour units is helping spring-block calver David Kerr see a 29% return on capital.

Critical to the success of the Kerr family farm at Ross, Portlaoise, is a philosophy of basing the farm on grass, people and cows.

As the herd has grown from 70 cows in 2007 to 150 cows last year, the Kerrs have called on contractors to rear heifers and do tractor work, meaning the farm only requires 20 labour hours a cow a year.

This has allowed Mr Kerr to operate efficiently as one full-time farmer to manage grassland as best he can, controlling fixed costs (with machinery depreciation at 0.66p/litre) and running a herd that produces 79% of its 835,000 litres from forage.

See also: What is the ideal DM-to-milk solids ratio to survive price volatility?

Meanwhile, there hasn’t been a bull on the farm for 60 years, with the Kerrs opting for AI and placing a strong focus on high-index bulls. This has resulted in the herd being in the top 1% of the national Economic Breeding Index, with a herd EBI of 169.

Grassland management and fertility is maximising grass use (14t DM/ha/year total) by matching the lactation curve with the grass growth curve. The farm is using a 5% reseeding policy and some leys date back to 1979.

An eye on the future and possible quota abolition meant Mr Kerr was certain he had to expand his herd.

“I focus on the important things to manage the grass and the cows here on the farm, which for my farming system is getting cows served, in calf and getting grass residuals right,” says Mr Kerr. “Contractors can be trusted to do the rest.”

The farm is making £26,000 more in net profit than four years ago. High milk solids mean a price of 36p/litre has been achieved, but even if the farm was faced with a 25p/litre milk price, it would be capable of leaving a healthy margin.

“We set ourselves the target of making an extra €30,000 and we have pretty much achieved that,” explains Mr Kerr. “This has been mainly through technical performance. The herd is more mature and averaged 100kg more milk solids in 2017 than four years ago.”

Being able to sell 15-20 high-EBI heifers each year has also helped boost net profit and drystock (25 sheep and 60 yearling heifers) were ceased. 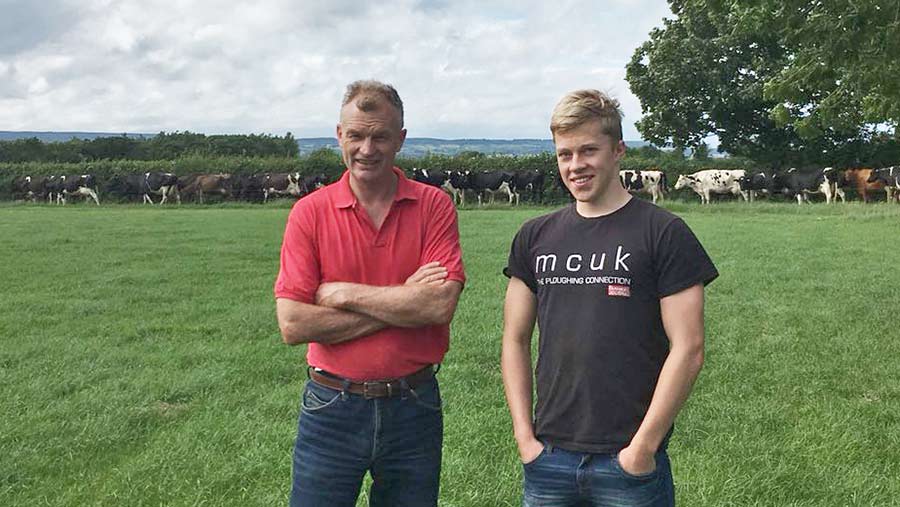 However, one area of improvement is fertiliser cost, which at 3.9p/litre is a little high, admits Mr Kerr.

“We try to grow as much grass as possible and we have had to correct phosphate and potash levels. But, even with the fertiliser costs, quality grass is still the cheapest feed and lime at £20/t is the cheapest fertiliser.”

“If the forecast looks dodgy, we bring fertiliser dates forward a week rather than being delayed,” explains Mr Kerr.

Urea is used to supply nitrogen, with compound used in the spring (10:10:20 plus sulphur) with some calcium ammonium nitrate in the summer and potash in the autumn.

Historically, the Kerr family ran a British Friesian herd and then used Holstein as an outcross when the Irish index switched to the more fertility- and components-focused EBI in 2002.

More recently, the Kerrs’ AI technician has started breeding a Holstein-Friesian cross Jersey, propelling the herd into the top 1% in the country with an EBI of 169.

These robust cows are rated for fertility and milk protein, and give the Kerrs an 80-90% six-week in-calf rate and milk constituents worth 5p/litre above Glanbia’s base price.

“I think the cows are good on their feet too,” explains Mr Kerr. “We don’t have much issue with lameness and it’s even less with the Jersey cross-breeding we’ve been doing, because the black hooves are strong and hard-wearing.

“We don’t hurry the cows either, we always walk with them – we don’t believe in quad bikes and sticks.”

Cows are wintered on a concrete pad in cow kennels which were installed with a neck rail at a cost of £450 a cow, plus slurry storage. The farm has a median calving date of 18 February.

Once-a-day milking is practiced for two weeks, giving Mr Kerr time to train heifers to walk through the parlour.

Mr Kerr has been measuring grass for 21 years and achieves grassland production of 16t DM/ha on his better fields.

Just two silage cuts are taken, with quality silage being essential. “This talk of dry cow silage is nonsense,” says Mr Kerr. “I think you should make the best silage you can.”

Last year’s cuts analysed at 71 and 72 D-value in the clamp, with surplus taken as round bales and hay bought in for dry cows.

Fields are sown with one diploid, one tetraploid and a clover. All varieties are from the Irish Recommended List – the pasture profit index from Teagasc (the Agriculture and Food Development Authority).

Covers are controlled by going out early for two-and-a-half to three hours a day early in the season and grazing covers to a residual of 13,000kg DM/ha and 4cm. This is at the lower limit of Teagasc’s recommendations of 13,000kg-15,000kg DM/ha and 4-4.5cm.

“We do a lot of on/off grazing here, but with a lot of the farm being quite heavy, we can’t have them out for more than three hours,” says Mr Kerr.

Machinery is kept to a minimum, with only three two-wheel-drive tractors on the farm.

The Kerrs sell all bull calves to a dairy-beef finisher at about 10 days old for £17.50 a head and have all heifers reared and served on a farm 40 miles away before they return home in-calf.

All slurry and manure spreading is done by contractors, as is silage and cultivation work, which leaves a total power and labour costs of less than 4p/litre.

Bales are fed to cows as required with a small tractor, some parlour washings are spread on land and a rarely used topper is on the farm.