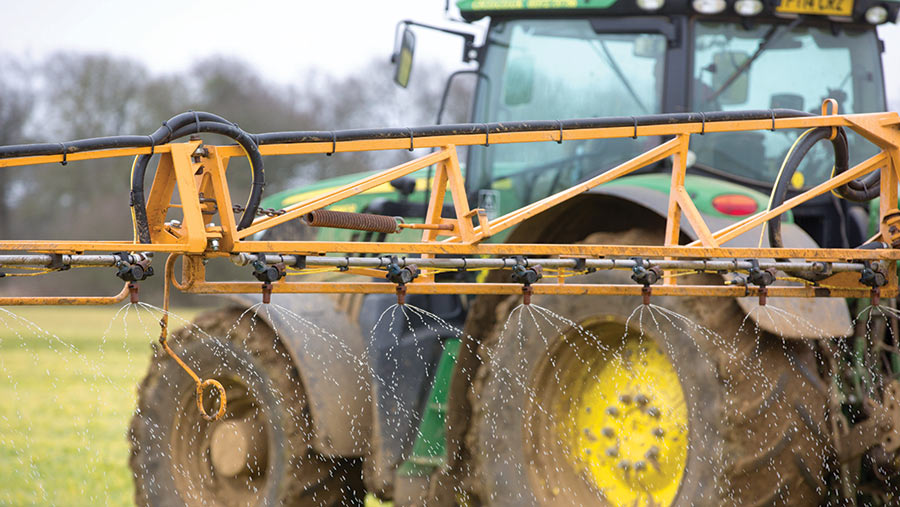 The trials on four Welsh farms showed foliar fertiliser significantly increased nitrogen use efficiency – that is the amount of grass grown compared to the quantity of product applied.

In the first year of the three-year European Innovation Partnership (EIP) Wales project, standard nitrogen was applied at 50kg N/ha.

Foliar feed, based on urea and humic acid and more commonly used in horticulture systems, which are applied at a rate of 9kg N/ha every three weeks from 16 February to 30 October.

The product and application costs for each treatment worked out at £26/ha for the foliar feed and £41/ha for conventional fertiliser.

See also: 6 steps to improve your fertiliser use efficiency

The trial farms in Pembrokeshire and Ceredigion range in height from just 30m above sea level to 270m.

On all four farms, the nitrogen use efficiency – the increase in dry matter (DM) yield achieved per kg of N applied – of both products was compared to the DM yield of a plot on each farm that received no fertiliser.

Soil and grassland consultant Nigel Howells, of Nigel Howells Consultancy, who is advising during the trial, explains why foliar feed has helped boost yields.

“Leaves have pores between cell structures, which act as the entry point for nutrients.

“Foliar feed – because it gets taken in by the grass leaf –  is not dependent on soil temperature, so a ryegrass plant would not be reliant on the soil being warmer than 5C to make use of it,” says Mr Howells.

Yield aside, foliar feed could have multiple benefits for grassland farmers going forward, he suggests.

Previous trials have proven foliar feeding can decrease the amount of total N necessary, while minimising N losses through runoff.

In the case of compound fertiliser, nutrients are applied to the ground before being washed into the topsoil by rain and then taken up by the root system of the plants.

A host of factors, such as soil compaction, drainage, bio-activity, soil temperature and dry or wet weather, can affect the nutrient release and uptake by the grass with this method.

The fact compound grew slightly more grass was not surprising, according to Mr Howells, who says this was due to the fact less foliar product was applied. 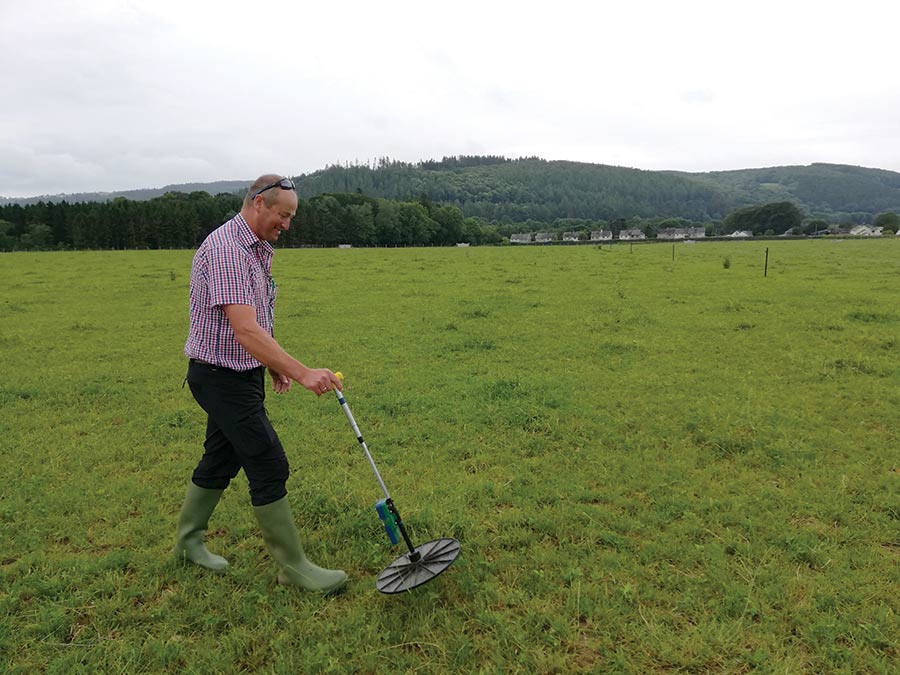 As well as the yield effect and efficiency of use, the three-year trial focused on the impact on livestock performance.

Mr Howells says the nitrogen content in the fresh grass on each of the three plots on every farm was monitored.

“To date, levels in the foliar feed plots haven’t exceeded 700 parts per million (ppm) post-application, whereas in the conventional plots some readings peaked at 1,800ppm,” he says.

“This is relevant as the higher levels in the grass will require the stock eating it to use more energy to digest it, making it less available for producing milk and meat, or for maintaining condition and fertility.”

Clover content was also examined and was found to be higher in the plots that had received foliar feed or no treatment.

EIP Wales’ Farming Connect mentoring programme is delivered by Menter a Busnes, and has received funding through the Welsh Government Rural Communities – Rural Development Programme 2014-2020. This draws funding from the European Agricultural Fund for Rural Development and the Welsh government.