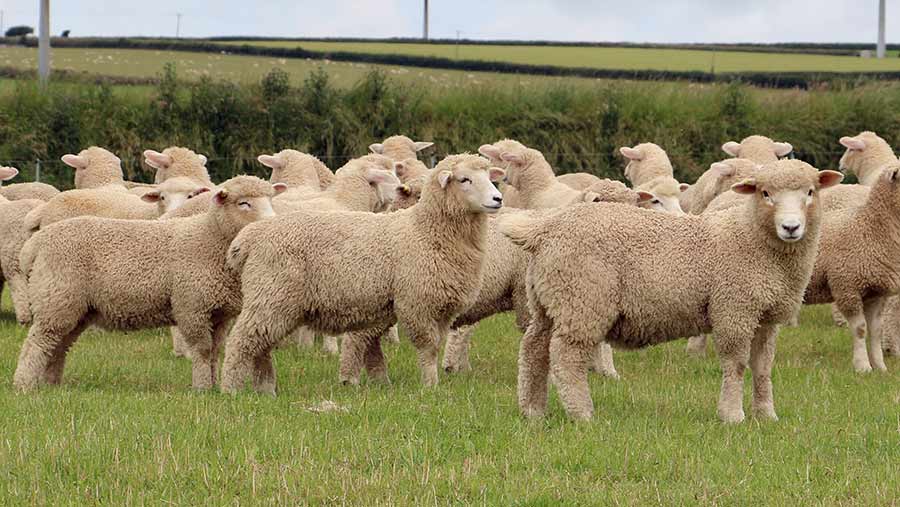 Lambs kept on multispecies grass leys have been shown to grow at 364g daily up to weaning – on par with creep-fed lambs – UK trial results have shown.

Ewes and twin lambs were split into groups with an equal number grazed on three different grass leys as part of a trial carried out by AHDB Beef & Lamb and Germinal at Trefranck Farm, St Clether, Cornwall.

One group was kept on permanent pasture. The other two groups were put on to new leys that were reseeded at 15kg/acre in the autumn, with each area totalling 7ha (see “Grass varieties used”).

See also: Why farmers will pay heavily for not reseeding grassland

Ewes and lambs were turned on to pastures in April after lambing and rotated across six paddocks every three to four days. Lamb daily liveweights and grass growth was recorded regularly.

Farmer Matt Smith, who runs 1,000 Romney and Romney cross Lleyn ewes and 400 deer with his wife Pip at Trefranck, said he was surprised at how poorly the permanent pasture performed given the good spring weather.

Mr Smith said another noticeable difference was lamb health was higher on the multispecies ley.

“We had no orf, very little scald and few dags. But on the permanent pasture we had orf and there was definitely a higher worm burden and a lot more dirty lambs. Animals were slightly more sluggish to work too.”

He attributes this to the tannins in the plantain and chicory, which he says is proven to reduce worm burden.

“Because lambs are not under nutritional stress they are a lot more immune to all those other bugs that could drag them down.”

“Because lambs are not under nutritional stress, they are a lot more immune to all those other bugs that could drag them down.”
Matt Smith

Commenting on the results, Bill Reilly, AHDB Beef & Lamb scientific officer for grass and forage, said the results achieved from the multispecies ley were very “impressive”. He added the fastest-growing lambs were on par with creep fed lambs but would have cost less to finish.

He stressed farmers should be monitoring growth rates more closely.

“There’s an awful lot of people that talk about monitoring swards, but if we also start monitoring performance of livestock we can benchmark ourselves and aim to improve.” 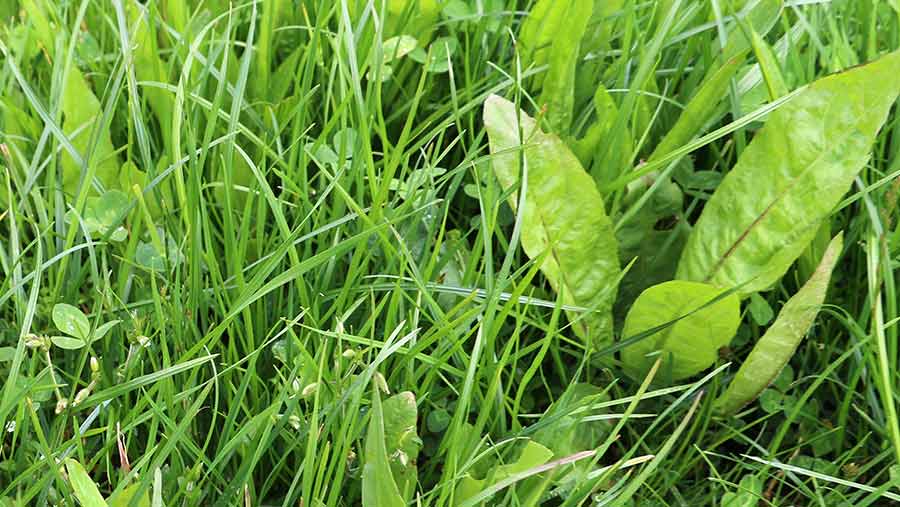 Agronomist Daniel Loe, from Germinal, who has been overseeing the trial, believes these preliminary results also show the clear advantage of reseeding worn-out pasture.

“I would recommend reseeding every five years, but it does depend on how quickly the sward deteriorates and that depends on soil fertility, grassland management and things such as compaction as well.”

He says comparing how many bales are produced from fields year-on-year, as well as how much stock can be carried and if animals enjoy being in the field, are all good indicators of whether pasture requires reseeding.

As part of the next stage of the trial, ram lambs will be followed through to slaughter and conformation and killing-out percentages will be assessed. Results should be available later this autumn.