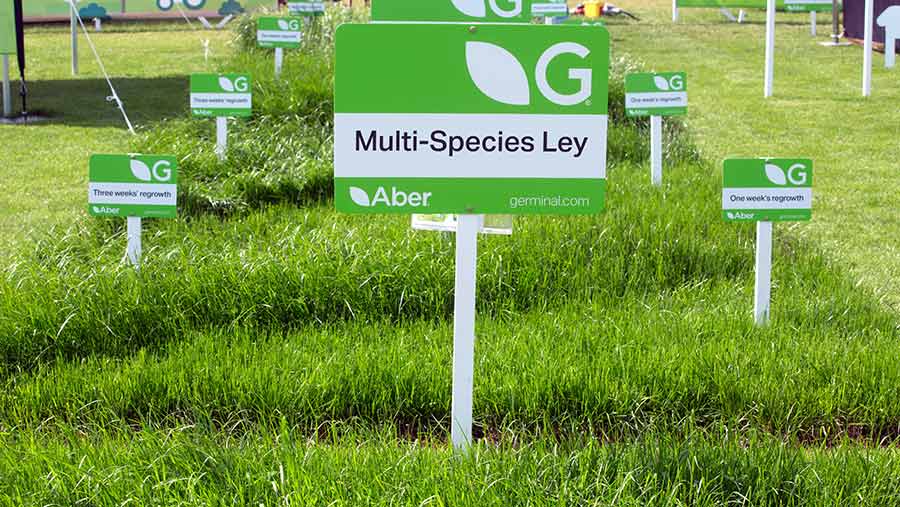 They are becoming increasingly popular in low-input systems and arable rotations where clover can fix up to 150kgN/ha a year, said Ms Mathieu.

The varying root structures of chicory, plantain and clovers also help to penetrate the soil, making it more drought-tolerant while improving microbial activity, she added.

While it is slightly more expensive – at about £65/acre – than the cost of a high-sugar grass at about £60/acre, the additional benefits can far outweigh the extra establishment costs, said Ms Mathieu, who added that plantain and chicory also have anthelmintic properties.

“They are better in a clean seed-bed, probably following a plough, rather than trying to stitch them in.”

“There are certain species you wouldn’t use. You would drop chicory because once closed up, it really bolts, and maybe use vetch or crimson clover.”

Examples of plant species to use: