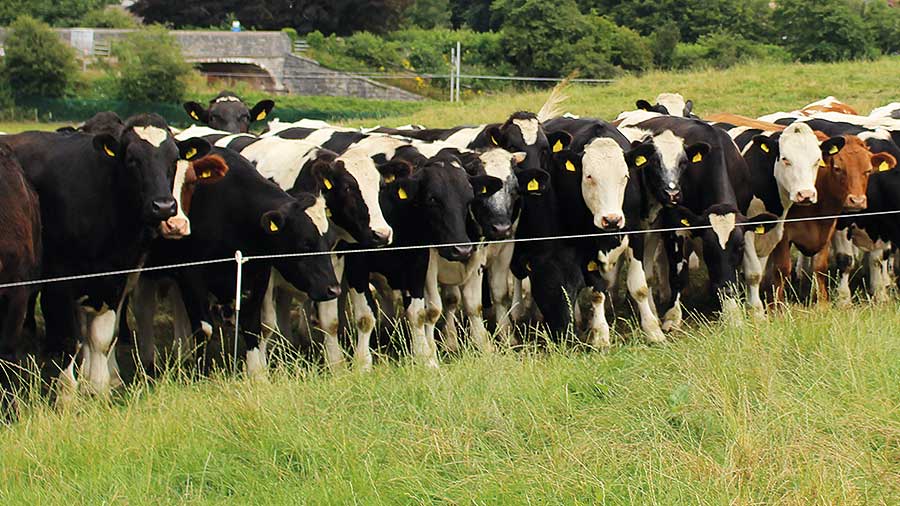 Since rotationally grazing his youngstock, Cumbrian dairy farmer Adrian Bland has been able to increase the amount of stock he carries on his farm by 40% as well as maintaining growth rates.

A ‘light bulb moment’ three years ago saw Mr Bland, of Ninezergh Farm, Levens, switch from set-stocking to rotationally grazing his youngstock – something he had been practising in his milking herd for the past seven years.

“I suddenly realised the more grass I can grow the more stock I can have. My ethos is to not buy anything in,” he says. 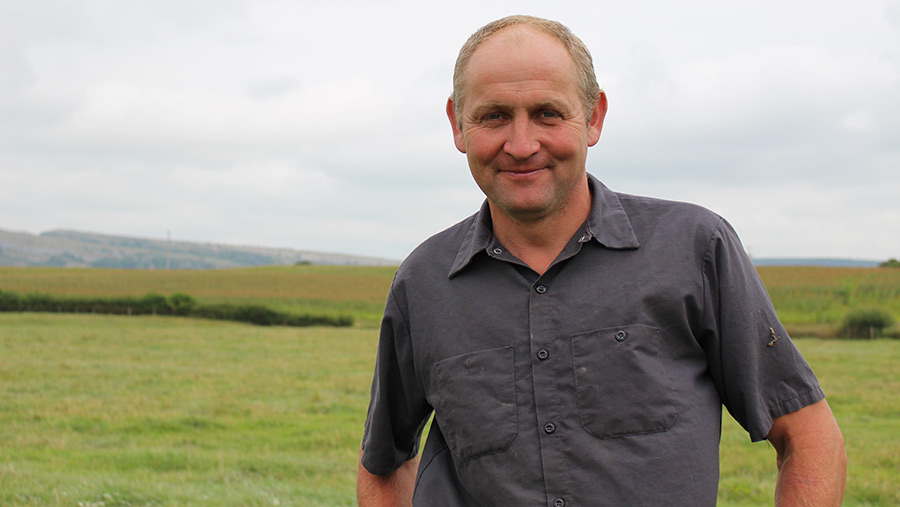 He rears the youngstock as well as buying in an additional 60 bull calves a year, most of which are continental. Any heifers not retained for breeding are fattened and sold as stores or in-calf heifers.

How youngstock are managed

Heifers and bullocks of the same age are run as one group, with 165 youngstock given access to 20ha (49 acres), divided into 10 paddocks. These are further split into 1ha paddocks when grass growth accelerates.

The majority of the 250ha (618 acre) farm is tenanted, so paddocks are created in the spring using semi-permanent electric fences which are then removed for the winter. Calves are turned out to grass on 14 April into covers measuring about 2,000-2,500kg dry matter (DM)/ha.

Youngstock are allowed to graze for two to three days before being moved on to avoid overgrazing. At turnout, they are fed 0.75kg a head a day of cake containing a feed additive to prevent coccidiosis.

Growth rates are averaging 0.8kg a day, which is allowing Mr Bland to calve most of his heifers by two years of age. Recently, he sold 35 bullocks aged 20-22 months and weighing 580-600kg livestock at Lancaster. They averaged £1,210 a head. 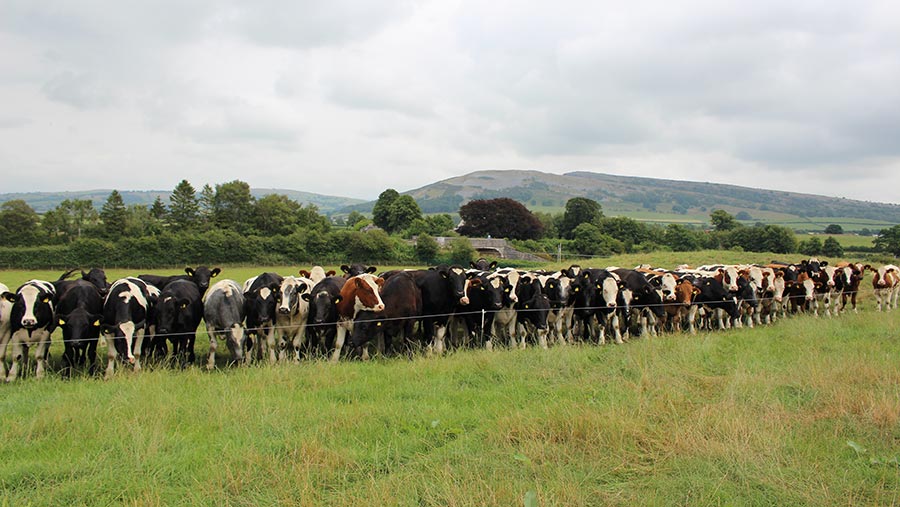 Last year, Mr Bland also dabbled in outwintering youngstock over the winter on fodder beet and found they did just as well as those housed on silage and maize.

He explains: “It cost me £1.30 a head a day to feed them inside or 45p outside. This year we are growing 5ha (12 acres) of fodder beet and will be outwintering 100 of the young bullocks outside by strip grazing it.”

Sheep were put on the grazing platform last year once cattle were housed, with 50-60 ewes allocated to each for four weeks during tupping. Although the sheep were removed by late autumn, they had grazed the pasture for too long, which cost Mr Bland 1t DM/ha of grass growth between March and April.

This autumn sheep will rotationally graze the paddocks as one flock, spending no more than seven days in each field before being removed.

Ninezergh Farm has struggled with the lack of rain this year, which has seen some bullocks being sold early to reduce grazing pressure. Mr Bland measures grass growth weekly using a plate meter, with data recorded and analysed used AgriNet.

He says: “On average, grass growth is down 15% this year. We were expecting grass growth to be averaging about 60kg DM/ha a day, but we never got this.

“A small amount of silage has been made from paddocks which were taken out of the rotation to manage quality, but far less than at this time last year, as we have had to graze pasture covers over 3,000kg DM/ha during dry periods to maintain a 30-day rotation.

“In June, we supplemented with 1kg concentrate a head for 30 days to maintain growth when we felt pasture quality had declined,” he adds.

This year he is planting Westerwolds after harvesting the 40ha (99 acres) of maize under film to provide an early feed source in mid-March, as well as helping to prevent soil erosion and soak up any excess nitrogen.